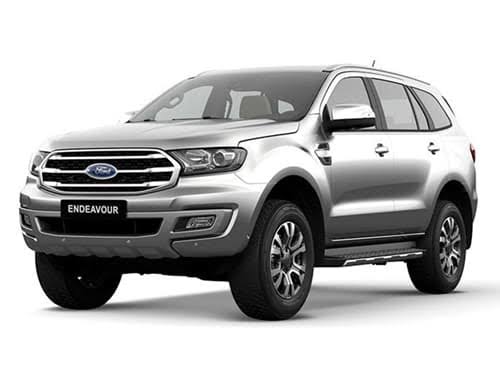 Ford Motors had announced their exit from manufacturing in India almost a year ago. Recently, the company had made the last production vehicle, EcoSport in India. This included ceasing production from both its production plants in Chennai, TN and Sanand, Gujarat. It was also announced that the Sanand facility will be sold to Tata Motors and an MoU was also signed then.

As a part of this move, the newly constituted EV subsidiary of Tata Motors, Tata Passenger Electric Mobility Limited (TPEML), and Ford India Private Limited (FIPL) have signed a Unit Transfer Agreement (UTA) between themselves. This ₹725.7crore agreement allows Tata Motors to acquire the Ford’s manufacturing plant and operate it from now on.

Ford had built the Sanand facility in Gujarat back in 2012. This is a state-of-the-art facility complete with robotic automation. It can assemble up to 3,00,000 units per annum, and it is scalable up to 4,20,000 units. With such a huge capacity, it becomes a liability when the company could only assemble around 1,00,000 units every year. This billion-dollar facility was cutting on Ford’s profits, with its operating costs alone.

To save their revenues and to make sure the facility & its employees are taken care of, Ford decided to sell it to the country’s largest automaker, Tata Motors.

However, it is not the complete end card for the company in India. After the transfer, Ford will continue to make engines at the plant for its operations worldwide. This agreement helps both the companies as the scale of even Tata Motors is not to the full extent of the capacity of the plant. Similarly, Ford can reduce some cost by making the engines at a relatively cheaper place of India.

Tata’s Gains in the Deal

Tata Motors is seeing a constant rise in demand for most vehicles in its fleet. Their recent entry into the EV segment is showing a bright future for the company too. After all, perhaps the most favourite electric vehicle of India is Tata Nexon. With all its assembly plants nearing their saturation limits, this new facility could be a great boost for the company. Also, TPEML has agreed to offer employment to eligible employees from the plant as well.

With the new facility, Tata is planning to push its production to about 5,00,000 units per year. It is to be noted that the new facility is located near Tata’s own plant in Gujarat, thus saving a lot for the company in terms of logistics and transfers.

The Sanand Plant can reach a break-even point with a minimum of 1,00,000 units per annum. Tata is assured that this will be an easy task to fulfil. With a line-up of EVs ready from the company, Tata will choose this plant to make its new models such as Curvv – Electric SUV concept and the Avinya Electric Concept from the plant. It is to be noted that the company has also trademarked four other names for its upcoming electric cars.

The story behind the initial loss of Tata Motors & the hurried up decision to sell the automobile brand to the then flourishing American Ford Motors is now an often repeated story. How the CMD of the Indian automobile giant was made to wait & mocked for entering into the business is a common folklore these days.

After the 2008 global recession, how Tata came to the rescue of the failing centenary old American automobile giant by buying the Jaguar & land Rover brands is another classic story of business acumen.

Now again, after more than a decade, Tata Motors had saved the Ford from losses. In a way, history has repeated itself again & again.

Much More than Just a Transfer of Factory

While the huge chunk of the news is about how the companies have saved themselves and reduced their losses, the real victory of the story is for the workers in the plant. The job & livelihood of thousands of workers were in a huge question mark. With this smooth transfer of ownership, let us assume that a large majority of the already existing employees and workers will be retained.

So, what do you think about this important development? Let us know your thoughts in comments.