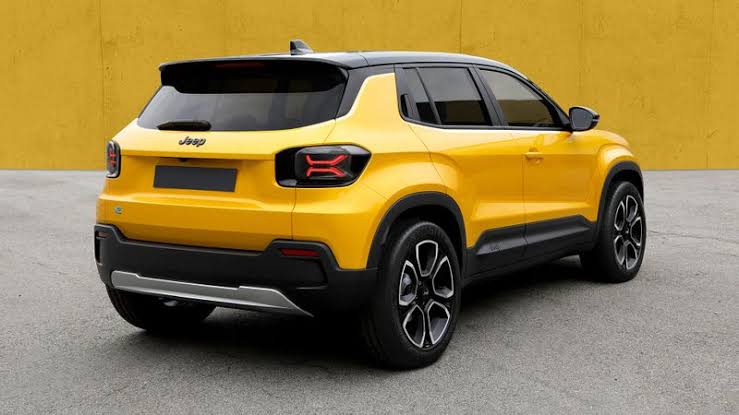 Jeepster, the much-awaited compact SUV from Jeep will make its debut at the 2022 Paris Motor Show on September 17. The company has announced that it will showcase the electric version of the SUV first, while the petrol and hybrid versions will follow soon. The full set of features and options will be announced once the SUV is unveiled. Until then, let’s see what makes the SUV, from the teasers and spy shots we have gathered.

Exterior and Interiors of Jeepster

The new Jeep B-SUV, as it is called, stands at 4.2m in length. This will make it a viable competition to Hyundai Creta, Kia Seltos and other compact SUVs in that range. What sets the vehicle apart will be its a very modern design outlook, with the company’s classic seven-slot grille that transforms into a closed panel. On the side we can notice the heavily flared arches, along with a chunky black cladding on the downside. The dual-tone colour scheme and LED tail-lights also add to the aesthetics of the SUV.

All these design upgrades position the SUV above the company’s Renegade model, and it could be more of a city-centric vehicle too.

On the inside, the dashboard will receive a floating touchscreen infotainment system, which is likely a 10.5inch unit. Also adorning the dash are full-width climate vents, and very few physical buttons next to the volume knob. We can also expect the compact SUV to have the best in class safety features. Coupled with the comforts, looks and safety, the Jeepster will offer a complete package for anyone looking to buy the SUV.

The new SUV will most likely come with a front-wheel drive in both its ICE and EV layouts. This is so because the design is based on the Stellantis CMP/eCMP architecture, the same one that gave out models like Citroen C3, the Peugeot 2008 and the next-gen Fiat 500X.

As for the engine and motor configurations, the EV version is likely to feature a front-mounted electric motor producing 134bhp, with a 50kWh battery pack. As for the India-spec ICE model, it could feature a 1.2-litre PureTech turbocharged petrol engine, along with a mild-hybrid option.

Other details such as mileage, customisation features will soon be available after the SUV is unveiled. Stay tuned for the updated news about the launch date, on road price and other important details of the Jeepster launch in India. Will you buy the Jeep Jeepster, if and when it comes to India?