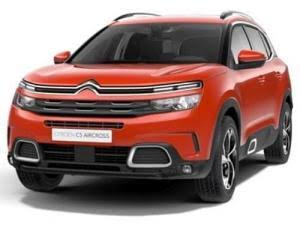 Citroen has recently launched its model C3 in India. The SUV-ish hatchback by the company has already created a huge buzz among the automobile lovers. Attractive pricing and a thorough package has made it a very good option for the most aspirational segment of the market. It will very well be the first car of many an Indian.

Now, Citroen has announced its plans to introduce its new compact electric car in India. The new EV will be based on the company’s C3, one of their best-selling internal combustion engine model. The company has planned to unveil its electric C3 by December this year and officially launch it by April 2023.

Now, let’s look into what could make the new EV from the inside and out.

The new model is based on the company’s Common Modular Platform, which gave out models like the Peugeot e-208. Interestingly, the e-208 could become the base for the electric C3. The e-208 has a battery pack of 50kWh and has a range of 362Kms in Europe. The battery is coupled to an electric motor with a power output of 136PS and 260Nm torque.

This range and power come as a modest amount though. But, when compared to what is already available on the Indian roads, say, Tata Nexon EV max, the battery is bigger. The Nexon EV has a battery of 40.5kWh battery and has an acclaimed range of 437Kms. The C3 EV with a bigger battery could prove to be better in the Indian roads.

The C3 EV is expected to get a lot of premium features in it. The company has said that the EV will have more features as a luxury model in terms of features and an affordable one, in terms of its price.

Some features we can expect in the EV are, automatic AC, rear wiper, rear defogger, electrically adjustable ORVMs, & cruise control. The full set of features will be available in the coming months. For the premium price, the market will also expect other features like ADAS Advanced Driver Assist System that is being progressively launched by almost all the carmakers in the country. By the time when C3 Electric is launched by the carmaker, it would have become the norm.

On Road Price and Competition for Citroen C3 Electric

Citroen’s regular C3 is available at a price between ₹ 5.71 lakhs to ₹ 8.06 lakhs. The EV could well be placed between ₹ 10 – 14 lakhs. The price of its prime rival, Tata Nexon stands between ₹ 16 – 18 lakhs. This means, once introduced, the C3 could become a worthy competition to Nexon. However, the dimensions of Citroen C3 is comparable to Tata Punch too. We can expect Tata to launch an electric variant of Punch soon. So that will be a very good competition. Also rivalling the model are, Tigor EV and MG’s entry level EV, which is set to be released soon.

Stay tuned for more info about the C3 and more cars.