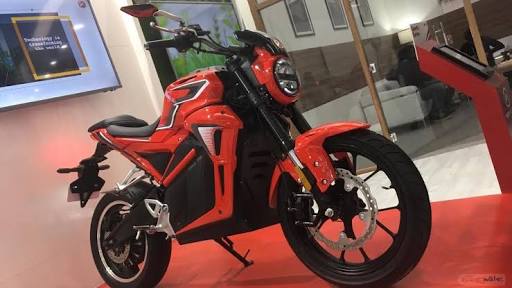 Auto Expo 2020 finally conducted, and it brought a bunch of excitement and interesting projects about the upcoming vehicles in the country in the coming years. Hero electric showcased a variety of new electric bikes and scooters in the event. All of the unveiled models by the company are going to be released soon in the coming months for sure.

The hero has revealed an all-electric bike, which is AE-47, and also comfort series by the company that comes with AE-29. The company has also announced the trend series AE-8 electric scooters. There is a new electric bike as well, which is going to be launched later this year. Coming to the Hero A-47, the electric bike will be powered by the motor of 4kwh paired with 3.5 kWh battery of lithium icon. The electric bike is capable enough to reach 0 to 60kmp in just 9 seconds, which is quite impressive for an electric bike.

The company has claimed that the bike can reach at a maximum speed of 85kmph. The battery of the bike can be charged within 4 hours, which lasts longer as compared to other electric bikes. It promises to deliver the range of 160kmph in a single charge in eco mode. When it comes to the power mode, it is capable of providing a range of 85kmph, which is not so bad.

The appearance of the bike looks quite similar to the other 150cc-160 cc motorbike. 17 inches alloys, fuel tank, and other features of the bike seem pretty much conventional. The bike is packed with useful features. The Hero A-47 offers digital instrument console, real-time tracking, geo-fencing, GPRS, GPS, keyless access, cruise control, reverse mode, mobile charger, and much more. This bike best fits for you if you are fond of stylish looking bikes with an electric motor.