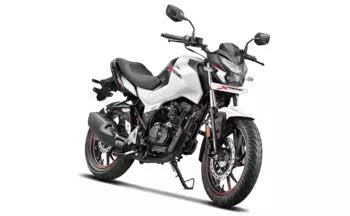 Hero MotoCorp is all set to roll out three new motorcycles, Passion Pro BS6, Xtreme 160R, and 2020 Glamour. Hero has already launched the Passion Pro and Glamour BS6 with the rally kit of Xpulse 200. We still have to wait for another motorcycle by the company, which is Xtreme 160R. It is very much likely to be launched next month in India. You can also see the upcoming Xtreme 160R on the official website of the company.

The upcoming Xtreme 160 R is going to lock horns against Yamaha FZS, Suzuki Gixxer, and TS Apache RTR 160 4V. It will come as a successor to Xtreme sports 150, which was no longer continued from the market. It is expected to conquer its rivals in terms of its pricing, the bike is expected to be priced at around Rs. 87,000 to Rs. 90,000. Talking about the engine details of the bike, apparently, it is BS6 compliant 160cc, single-cylinder engine with the technology of fuel injector. It is going to be paired with the 5-speed gearbox. The engine is capable enough to produce the power of 15 bhp at 8,500rps and a peak torque of 14 nm.

It has a low kerb weight of 138 kg, and the company has claimed that it will be the quickest motorcycle in its category. The company has also claimed that the bike can achieve 0 to 60 mph is just 4.7 seconds which is quite impressive. Xtreme 160R will be available in three color tones which include sports red and grey, white red and grey, and blue red and grey. All of the color tones of the bike looks highly appealing. It will also offer LED headlamp, LED taillamps, digital LCD instrument, side engine cut off and so much more.