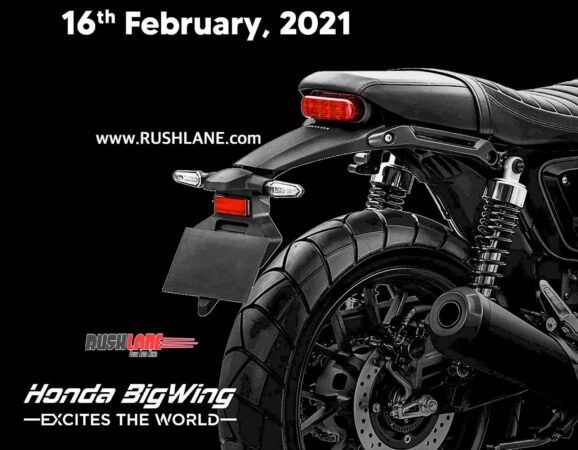 Honda is going to launch two-wheelers on the Highness CB350 platform. A teaser image has been released officially by the company. The video has been given the title “Powered by Legacy Here to Create Stories.” According to the teaser, it has been confirmed that the all-new Honda bike will be rolled out on 16th February 2021. The new motorcycle is going to be a Café racer based on the CB350 platform.

The all-new Honda CB350 Café racer will be equipped with the locally developed 350cc engine. This engine made its debut with the CB350 Classic. The engine will churn out 21bhp of power and 30Nm of torque. The engine gets paired with a 5-speed gearbox. The cost of this bike is about Rs 2 lakh.

As per the reports, the new bike is going to be sold through Honda’s premium dealership network. This network is known as the Big Wing network. Honda is also working on another project – a new scrambler, which will also be based on the CB350 model. According to Honda, a “bigger thump” will soon be there in India. The bike can come equipped with a more powerful engine. But no official confirmation has been made by Honda yet.

Most probably, the Honda CB350 Café racer will be equipped with clip-on handlebars to boost the sporty look. Also, there will be a forward-biased riding position. Also, there will be blacked-out shock absorbers, bar-end mirrors, new graphics on the fuel tank, a seat cowl, and the café racer-type single-piece seat.

If we are to believe the teaser, then the motorcycle will have a totally redefined rear profile. There will be new tail lamps and also the seat will be a bit different. The exhaust will have a black finishing. There can be components like round headlamps, alloy wheels with tubeless tyres, tail-lamps, semi-digital instrument consoles, and so on. Just like the CB350, the Café racer will come equipped with a 240mm and 310mm disc at the rear and front brakes. The suspension system comprises a telescopic fork in front. Twin shock absorbers will also be there at the rear end.