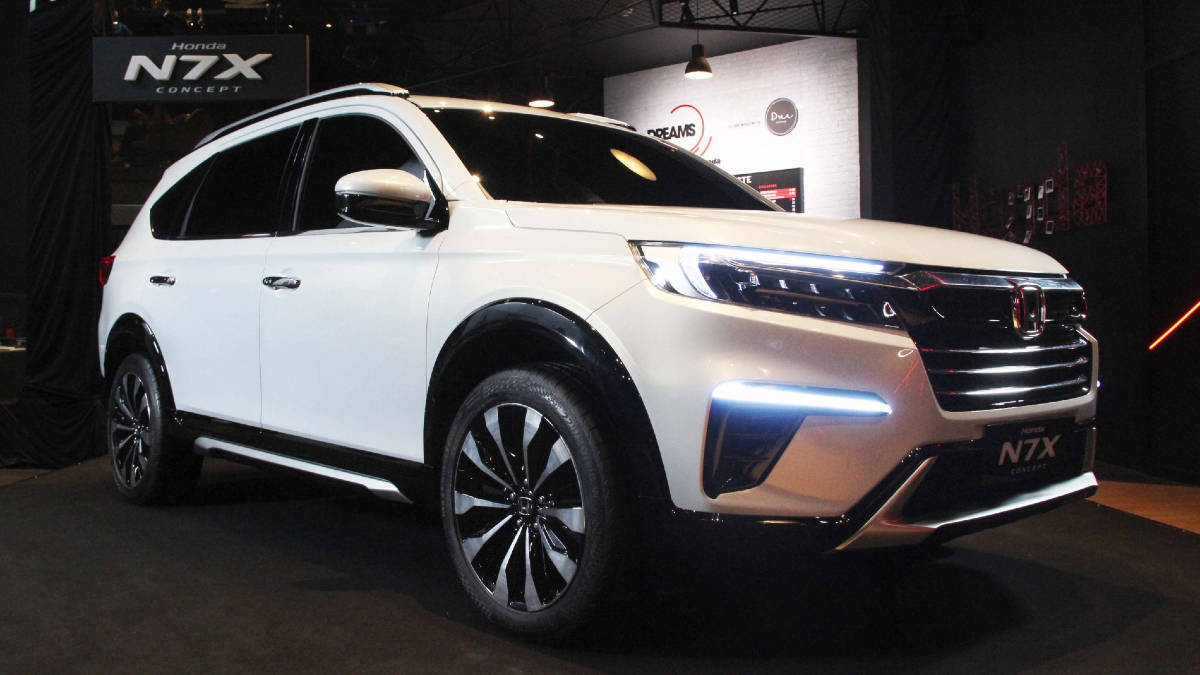 Honda‘s new N7X 7-seater Concept SUV was unveiled in Indonesia by the Japanese automaker. The new crossover was unveiled in a nearly production-ready form, and it is expected to replace the Honda BR-V SUV. The abbreviation N7X stands for ‘New 7-Seater excitement.’

The N7X concept, according to Honda, combines the best of SUV and MPV body styles to create a complete seven-seater that can handle any road condition. The new N7X concept was designed and developed with consumers in various markets in mind, including Indonesia.

The raised bonnet and thick chrome bar on the signature front grille give the Honda N7X an SUV-like appearance. LED headlamps flank the prominent grille on either side, giving it a muscular appearance. The horizontal grille has three slats and is equipped with twin LEDs.

The new City sedan influenced the design of the headlamps as well. The Honda logo is prominently displayed in the center of the grille. There are two LED DRLs, one above the headlight and the other lower on the bumper. The lower bumper is equipped with a big air dam, a faux skid plate, and brushed aluminum inserts.

A strong beltline runs the length of the vehicle, beginning at the headlamp and ending at the taillamps. Wheel arches with black plastic cladding on the borders offer the SUV a rugged appearance. The rear also features SUV-like design elements, such as split LED taillamps with a graphic design close to that of the City sedan.

The N7X concept’s interior has yet to be revealed, but the dashboard layout and features are likely to be shared with the new City sedan. The cabin is expected to feature a minimalist dashboard with a central touchscreen, in keeping with Honda’s Man Maximum Machine Minimum philosophy. The SUV will be available in 6- and 7-seat configurations. The second row of the former will have captain seats, while the second row of the 7-seater SUV will have bench-style seats.

The SUV is expected to come with a large free-standing touchscreen infotainment system with Android Auto and Apple CarPlay support, a multi-function steering wheel, a digital instrument panel, automatic air conditioning, powered ORVMs, and rear AC vents, among other features.