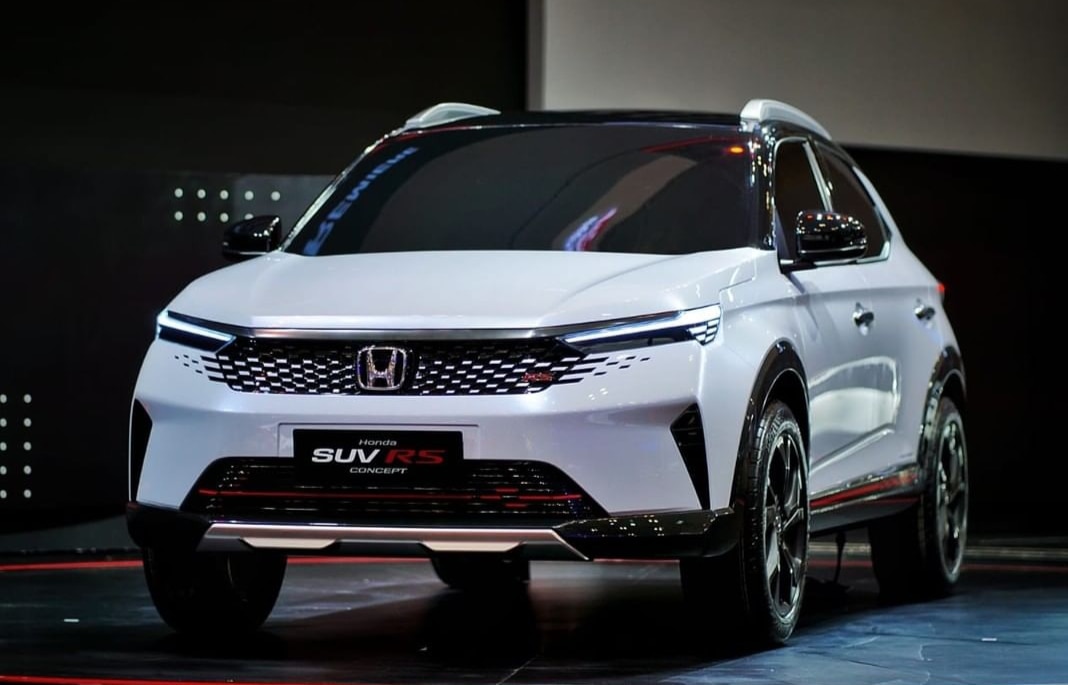 The market for compact SUVs is getting crowded by new launches from almost all the players in the automobile industry. While the market leader, Maruti Suzuki will launch its new SUV along with the Toyota Urban Cruiser HyRyder, fellow Japanese carmaker Honda has also joined the race. Honda has come up with a new compact SUV for its fleet and its renderings seem fantastic. Besides the new design, the new SUV sports some state-of-the-line features that will make you take a second look.

Let’s look into its specifications and see how far it will fare when it is launched.

Engine and Transmission of the Honda Compact SUV

The new SUV will be powered by a 1.5-litre petrol engine that produces 121PS and 145Nm torque. It will be coupled to a 6-speed manual or a CVT automatic. This makes it possible for Honda to come up with a few variants, which they did. The SUV will have 5 variants namely, 1.5 E MT, 1.5 E CVT, 1.5 RS MT, 1.5 RS CVT and 1.5 RS CVT Z, all powered by the same engine, but having a different set of transmission and other feature-based differences.

Honda has also reported that they’re planning to launch a hybrid version of the SUV. In this setup, the car will receive a 1.5L, 4-cylinder engine coupled to two electric motors. The petrol engine produces about 98bhp and 127Nm, while the electric motors provide up to 109bhp and 253Nm from 0 rpm. The total tally of power stands at 126bhp and 253Nm torque. This version will be more than powerful than the petrol engine variants. And, similar to the City hybrid, the hybrid SUV will be available with three driving modes, Petrol Only, Electric and Hybrid, making it easy for use in both cities and off roads.

While the market for electric SUVs is steadily increasing the demand for the hybrid cars is also rising high. As a matter of fact, hybrid cars provide a huge relief in terms of comfort while driving inside the cities and also provide the necessary power in long highway drives.

Honda has combined a lot of good stuff from its previous models and put it all in this SUV model. Needless to say, the compact SUV segment is one of the fastest growing ones in the automotive industry. Honda might be going all in on this one with their new design.

On the front, the car gets a new trapezoidal grille flanked by LED headlights. The fog lamps are placed well below the front bumper and they have a sporty look to them too. The SUV also has camera mounted on the top of the windshield. This could mean that Honda could be integrating its sensing tech into the car too.

On the sides, we can see the classic Honda design on the curved A and C pillars. The doors are simple and, on the roof, we can find a shark-fin antenna, as with other Honda cars.

The rear side sports Civic styled LED lights on both sides, disconnected from each other. This is a huge surprise, and a relief, after seeing many automakers going for a single line lighting in their SUV models.

The SUV could source its interiors from the BR-V model, seeing that it has some of the advanced tech Honda has put in an SUV yet. There is possibility of a dashboard with orange trims, similar to the Brio RS. The other usual refinements include a touchscreen infotainment system with WR-V opening animation, a semi-digital instrument console and a multi-functional steering wheel.

The AC vents are placed above the touchscreen and on both the ends of the dashboard. A touch-type AC control unit is placed below the infotainment unit.

The price and the full set of features will be unveiled by Honda in the coming days, but with the rise of so many SUVs, we can expect Honda to up their ante and give out their own unique monster to the roads. We’ll keep a watch-out for it.

While we don’t have the full list of safety features of the new SUV yet, we can safely assume that the car comes with ADAS, the Advanced Driver Assist System. Honda is known to launch models that are premium in their segment. So, we can expect other safety features such as EBD, HHC, etc. All models will have at least 2 air bags but we can expect 6 air bags in the models.

As for the price goes, Honda compact SUV might be offered for a price of around 10 Lakhs to 16 Lakhs. Competitors will include Kia Seltos, Hyundai Creta, Tata Nexon, Mahindra XUV 300, etc. Considering the package of features that the Honda offers, a more appropriate competitor for the model would be the MG Astor. It is to be noted that MG Astor comes with ADAS and has recently brought out new entry level models without some of the features offered in higher priced trims.

So what do you think about the new compact SUV from Honda? Will you take your chance with the Honda or will you go for the