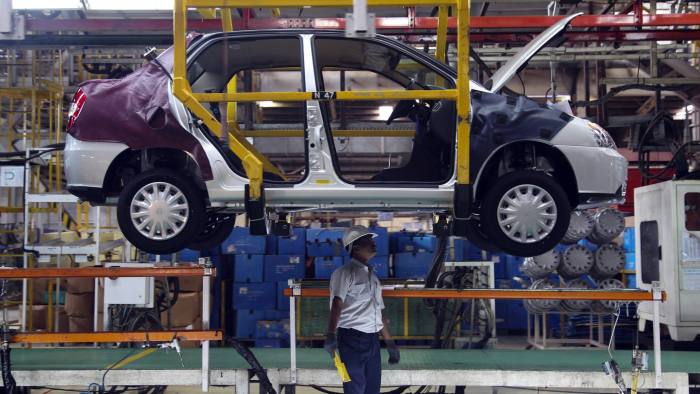 Tata Indica although an ambitious and largely successful model, was not good enough to pull up the ailing Tata Motors. The ill-planned Tata Nano and the ensuing fiasco had not been of any help to the Indian carmaker. However, no one could have believed that Tata would go on to become the second largest car maker in the country.

Tata Motors had sold 66,307 units of cars in the December 2021 surpassing the sales figures of Hyundai. In the completed quarter, Tata had successfully moved ahead of the long-time competitor South Korean giant, Hyundai. The quarterly sales of Tata Motors had surpassed the total of Hyundai. Much of this success could be attributed to the Tata Nexon, Altroz and the recently launched Tata Punch.

The Journey to Second Spot

Tata Motors had faced many hiccups in its growth journey. Initial problems faced by the company were mainly due to poor designs and quality of materials and the cars in general. In spite of having a line-up of Indica, Sumo, Tata Motors was almost sold off to the U.S. Automaker Ford in the early 2000s. However, by the dogged persistence of the group and the acquisition of Jaguar & Land Rover, Tata had reinvented itself.

Launch of Indigo, a sub 4 metre compact sedan and the embrace of Indica by the fleet companies have proved to be beneficial to the company. To be precise the course correction of Tata came after the launch of Nano. The failure to meet even basic safety standards had made the company to concentrate on the important aspect of the cars. This paradigm shift in the approach from producing cheap and affordable cars to making comfortable and safe cars have made the company turn its fortunes.

At a time, when the global automobile markets were stumbling, Tata took the bold decision of buying both these brands from the Ford Motors. The investments have provided many important lessons and experiences to the parent company. Tata Motors took a brave decision of retaining the core team of these companies and the decision proved out to be effective. Minor technology transfer from these companies have provided the necessary edge to Tata.

The quality of these brands have heavily inspired the Tata Motors to build a global brand that is known for the quality of the cars. Although models like Tata Aria and Hexa are not successful, they have paved the way for the inevitable success of the brand. These models are inspired by the Range rover and borrows many safety features from these cars.

Tata has realigned the focus to manufacturing quality cars that are safe on roads. Today, some of the safest cars in India are made by Tata including the Tata Nexon and Tata Punch. Tata Harrier and Tata Safari are other safe and best selling cars in their respective segments. Today, Tata cars are known for their quality and not for their most affordable prices.

While most Indian companies are not known for pulling the competition down and mocking them, Tata had used this unorthodox marketing technique in India. One company that had always been on the radars of Tata was Hyundai. Whether the rivalry between Tata Hexa and Jeep Compass or the recent Tata Altroz & Hyundai i20, Tata had spared no quarters and took the fight to the competition.

In 2017, when Jeep Compass was launched in India, Tata released an ad saying that “Tata Hexa – Takes You Anywhere. No Compasses Required.”. In 2021, when the quarterly sales of Tata Altroz moved past i20, it took a dig on the Korean carmaker. These aggressive marketing efforts have paid returns.

Tata Aria and Hexa took a large amount of resources for design and production. However, Tata didn’t take time to embrace the new and changing standards. It had boldly discontinued those models within years of their launch. This quick changing of the focus and moving on to create the next best model, has helped Tata be a new and evergreen brand in the face of the customers.

Tata had almost launched the new model Zica when the world was facing the on break of Zika Virus. In fact, the company had even roped in Football star Lionel Messi and created advertisements for Zica. However, quick to think of the close resemblance with the name of the Virus, Tata quickly rebranded the car as Tata Tiago.

A smart move that has saved the brand from being associated with a Virus. The company had also quickly adopted the standards. When India moved from BS3 to BS4 or when it had moved to BS6, Tata was quick to adopt the standards. This has enabled the brand to produce powerful diesel cars. Unlike the top carmaker in India Maruti Suzuki that had taken a hiatus before shifting to the BS6 diesel engines, Tata had continued to make cars as per the existing standards.

Tata had quickly embraced the new electric technology and it is spending a huge amount of resource for the development of the electric vehicles. Tata Nexon EV is one of the most selling EVs in India. The compact SUV has quickly become a market favourite and it is also being used by government fleets in the country.

While the company is also facing chip shortage, the carmaker has invested a huge amount of money to build an indigenous semiconductor manufacturing industry. This could not only boost the manufacturing capability of the Tata but also help the automobile industry in general.

The Trust of Tata

An average Indian trusts Tata more than any other brand due to the long years of business and widespread presence in varied industries. In fact the brand awareness and brand loyalty of Tata is one of the highest in the sub-continent.

This trust had not been built in a few short years. The unflinching commitment to quality and safety of the people had made the Tata Motors what it is today, a successful brand that had climbed to the second spot in the sales in the previous month.

The success of story of Tata Motors is an inspirational one. From almost going under the table, the brand had reinvented itself with reinvigorated spirit and has risen to becoming one of the best automobile brands in the world. While, the company still has a long way to go, it had certainly breached many records in the past couple of years.