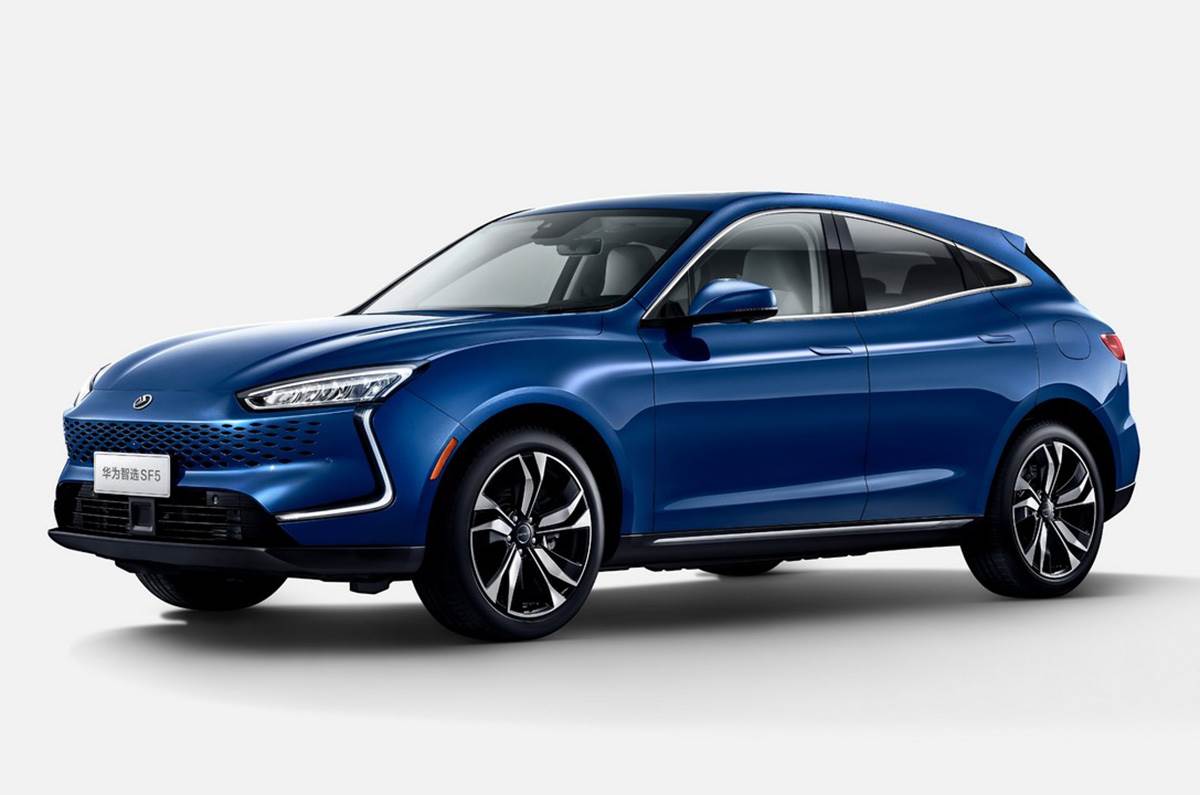 Huawei has of late developed a new hybrid SUV – the SERES SF5. The Chinese phone maker joined hands with SERES, the electric car component manufacturer. We got to know about their partnership at the Shanghai Auto Show. The car will be sold through the Huawei flagship stores all over China.

Styling and dimensions of SERES SF5

The SF5 flaunts a well-proportionated and sleek crossover-esque look. There will be sweptback headlights, a set of distinctive LED DRLs, and a mesh grille. You can also notice the neat bodylines on the sides. The roofline is tapered, and flush door handles are also there. The rear flaunts sleek LED taillights, which are connected by a full-width light strip.

The SF5 has a wheelbase of 2875mm. The length, breadth, and height of the car is 4700mm, 1930mm, and 1625mm, respectively. Thus, it will be safe to assume that the model falls in the same size bracket as that of Skoda Kodiaq and Volkswagen Tiguan Allspace.

The electric car will be using a 1.5 litre, 4-cylinder petrol engine for generating power worth 551bhp and 820Nm of torque. The car can accelerate from 0 to 100kph in just 4.68 seconds.

Huawei SERES SF5 is not the sole electric car to be launched by a telecom company. Apple is not far behind in the race and is working on a similar project. Xiaomi is also collaborating with Bestune to develop a special edition of Xiaomi Bestune T77.