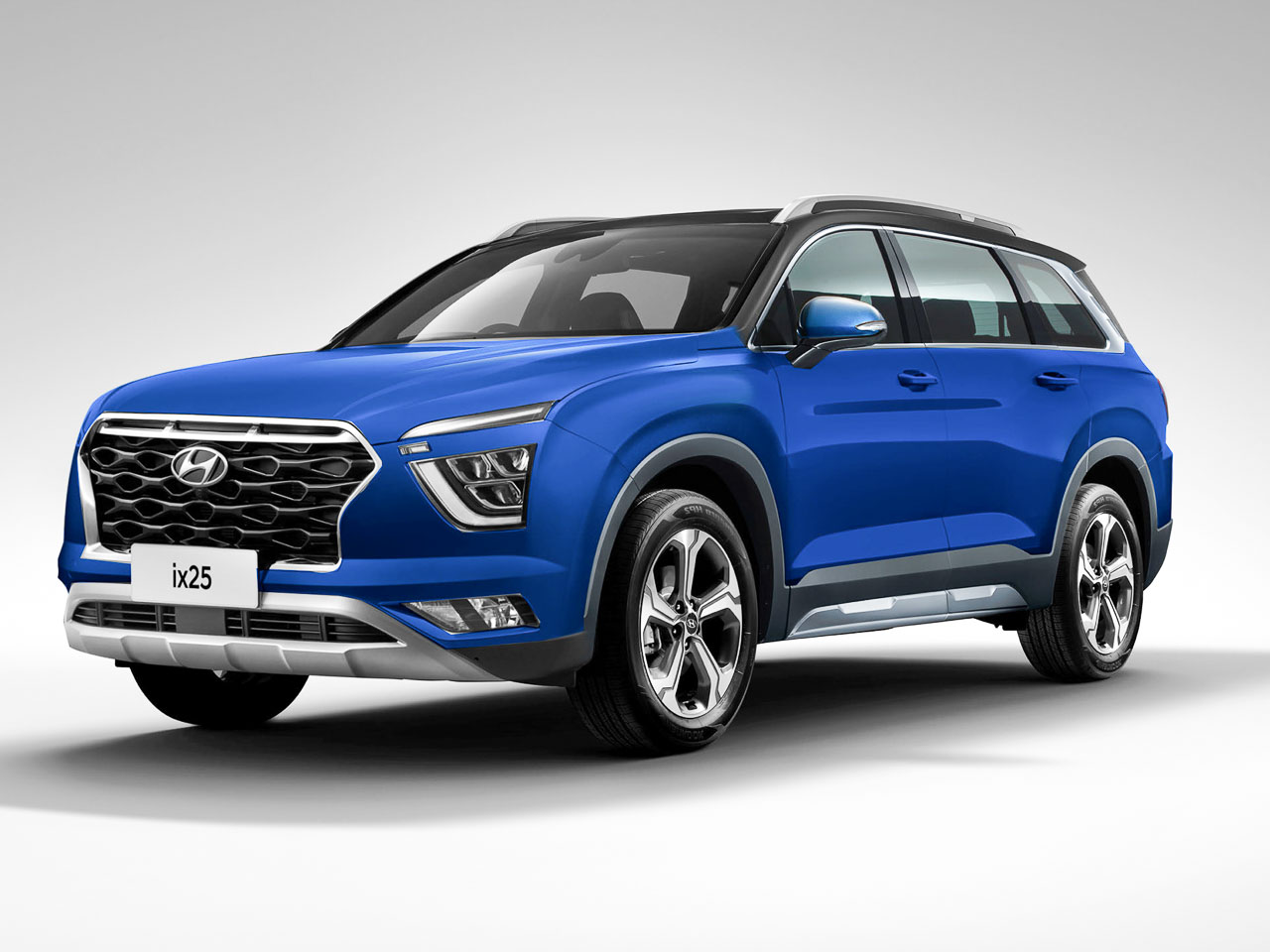 Hyundai Alcazar, the 7-seater version, is soon to be rolled out in India. One can sum up this new model as the long-wheelbase version of the 5-seater Creta. Once it is launched, the car will face competition from Mahindra XUV500, the MG Hector Plus, and the Tata Safari. But the size of Alcazar will be small when compared to the rivals. According to the teaser and release claims, the vehicle will be rolled out as a 7-seater car. however, when we take a look at the spy images, it gets confirmed that the car will be offered as a 6-seater version as well. The 7-seater Alcazar will come equipped with a bench-type second-row seat. The 6-seater model will come with captain seats for the second row.

There will be design alterations as well. The roof design and rear profile will be altered. The SUV will have a somewhat flattish design in place of a rounded profile. Spy images make it clear that the Hyundai Alcazar will come equipped with a flatter roof, extended-over hangs, bumper, new LED taillamps, and tailgate. Also, the vehicle will come equipped with a chrome-studded radiator grille as well as a revised headlamp.

There will be front parking sensors as well. The same is missing in the 5 seater Creta model. The SUV will also receive a larger touchscreen infotainment system, 360-degree camera, auto-dimming IRVM, and leather upholstery.