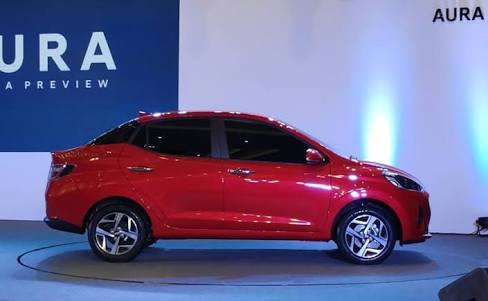 Hyundai Motors India has announced the launch date of their new upcoming sub-4 meter Sedan, named Hyundai Aura. It was unveiled in Chennai in December 2019, is now all set to launch on 21 January, 2020 and has started accepting the bookings at an initial sum of Rs.10,000.

The new 3,995 mm long, 1,680 mm wide and 1,520 mm high Aura is reported to offer improved legroom for the front and rear passengers. It is said to be based on the same platform that underpins the Grand i10 Nios

The car will compete in a crowded segment against the likes of Maruti Dzire, Honda Amaze, Ford Aspire, and the Tata Tigor. The car is estimated to be priced higher than the Hyundai Xcent which brings  it to around 5.5 Lakhs to 8.7 Lakhs.