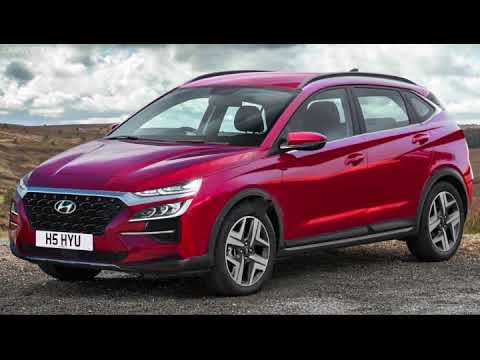 Hyundai successfully introduced the new Bayon for the European automobile markets on 2nd March 2021. The name of the car is based on the city of Bayonne, which is located in southwest France. The city is popular for its adventurous activities like rock climbing and sailing.

The Hyundai Bayon will be sold in Europe. The length of the vehicle will be around 4 metres. The car is based on the new-gen i20. This crossover will be flaunting the “sensuous sportiness” body language as well as have the funkiness of Kona. There will be the signature cascading grille as well as the split headlamp setup. All these are common in the Hyundai SUVs.

The large grille is well complemented by an upper horizontal slat that lies between the LED DRLs. The crossover also has got new taillamps at the back. The LED signature resembles the design of an arrow. The light bar at the rear end will be connecting the two tail-lights.

The cabin of Bayon has drawn heavy inspiration from the new i20. The vehicle may also receive a large touchscreen infotainment system as well as an instrument console similar to the i20. The crossover will come loaded with features like adaptive cruise control, Bluelink connected car tech, wireless charging, lane follow-assist, adaptive cruise control, blind-spot detection, front collision avoidance and so on.

The crossover will rival the likes of the VW T-Cross and the Ford EcoSport. A 1.o litre, 3-cylinder turbocharged petrol engine powers the vehicle. Most probably, the transmission options will include a 7-speed DCT and a 6MT. The new Bayon may also come equipped with an all-new 1.2 L, naturally aspirated petrol engine, which is capable of producing 82bhp power and 113Nm of torque.

As per the reports of the European media, the Hyundai Bayon may also get a performance variant later on. This performance variant will be placed against the Toyota Yaris Cross GT and the Ford Puma ST. Most probably, this model will receive a 1.6-litre turbocharged petrol engine that can churn power worth 204bhp.