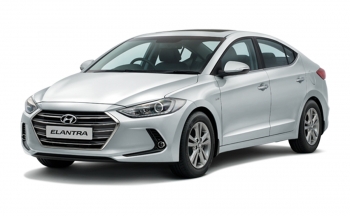 The automobile industry has witnessed the biggest drop in sales since 1998 and the situation seems to get worse day by day.

There are various factors which contribute to the decreasing sales such as the new emission norms, soaring prices of the raw material and fuel, GST rates, the low buying sentiments amongst the public etc.

Maruti Suzuki witnessed a decline in its market share:

Maruti Suzuki, one of the biggest automobile company has experienced the steepest decline in the company’s share.

Maruti’s market share from April – August had fallen by 2.34 per cent, which has now taken the company’s share to 49.83 per cent.

Tata Motors, again a giant in the automobile industry has witnessed its market share going down by 1.39 per cent. The company had managed to grab 5.41 per cent compared to 7 per cent in 2018.

When giants like Maruti Suzuki and Tata Motors are facing a steep in their market share by a huge margin, the other automobile companies like Hyundai have taken full advantage of the situation.

Hyundai’s market share has increased by 2.76 per cent from the month of April to August 2019.

The growth of Hyundai during such a crisis situation in the automobile industry can be attributed to the new cars the company has been launching such as Hyundai Venue, Santro and Grand i10 Nios.

All of the three cars launched by Hyundai cater to the masses and the segment which is very much in demand.

Another reason why inspire of a crisis situation in the automobile industry, Hyundai has been able to increase its market share is that the models sold by the company offer a variety of features at a very pocket-friendly price.

Maruti Suzuki, to witness a steeper decline in the market share:

Since the entire automobile industry is in a fix, Maruti Suzuki has been affected the most. The company has tried out different ways to overcome the situation.

Recently the company had also announced various discount offers it will be running on almost all its models and variants to increase the sale, but unfortunately, nothing seems to be working in the favour of the company.