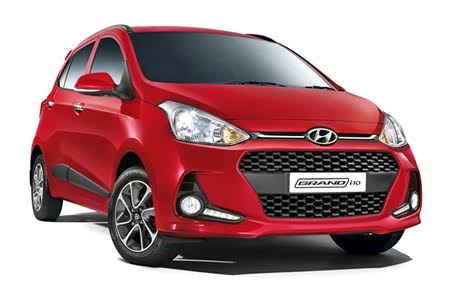 As I mentioned in my previous article about carmakers counting on their benchmark models to revive the sales numbers, one of the latest facelifts we have seen is that of Hyundai i10 Grand Nios.

Having gone through several aesthetic and functional changes, it is available at Rs. 5 lakhs.

Today we compare it with one of the biggest competitors Maruti Suzuki Swift.

Being easy on the pockets and carrying the brand name of Maruti Suzuki, it has made a name for itself amidst the fleet of hatchbacks.

The Nios engine is BS-VI Compliant 1.2 litre engine which gives 81bhp and 113Nm of Torque. The swift holds an engine of 1.2 litres giving a torque of 82 bhp and 114Nm.

Though there aren’t any major differences in the engine, the Nios is the first hatchback to offer a wireless phone charger, which probably is the smartest and most consumer centric innovation, a sign of how the brand delves into consumer insights.

If you’re a music fanatic, the Arkamys Premium Sound system which offers different moods like Natural, live, Lounge and Club will surely win your heart and make you spend more time in your car.

So when you’re off on a long drive, you can either have a concert blaring in your car or just your favourite soothing melodies which shall accentuate the feeling of being on the road.

Swift has a 7-inch infotainment system with Maruti SmartPlay. Some other features that it is home to are co-driver seatbelt reminder, speed alert system and rear parking sensors as standard.

On the exteriors, Nios looks more bold and sporty due to its cascading grille than Swift and many other cosmetic changes.

On the interiors, Nios looks classier than a Swift. Nios has a boot capacity of 260 litres whereas that of Swift is 268 litres.

Overall, Hyundai i10 Nios packs a bunch of impressive features for the price, living upto its reputation.