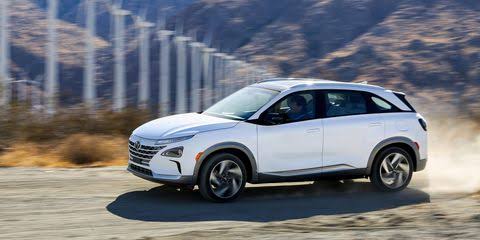 Hyundai Motors, one of largest automakers in the country has recently made an important announcement. The company has disclosed that it has begun the feasibility study of FCEV (Fuel Cell Electric Vehicles) which might be launched in the home country.

Hyundai has given a slight hint about the company launching its upcoming model: Hyundai Nexo FCEV in the country.

Hyundai has given a claim that its upcoming Fuel Cell Electric Vehicles range will be very eco-friendly and the mobility of it will give solutions to purify 99.9 per cent of the particles of air which pass through the air filters.

Hyundai’s upcoming model, ‘Hyundai Nexo’ was first seen as a cover in 2018 at the Consumer electronic show. The model first debuted in India at the summit of India-Korean in 2018.

An interesting fact about the upcoming Hyundai’s Nexa SUV is that is has made a recent world record for the coverage of longest distance (778 kms) which was covered by the hydrogen-powered vehicle on tankful (single).

In terms of speed, Hyundai’s Nexo SUV has the capacity of traveling from 0 to 100kmph In a whooping 9.2 seconds.

Hyundai’s upcoming model since the time it has been unveiled, has been breaking the internet with its powerful features, battery etc. The model is amongst the ‘Best in Class’ cars of Euro NCAP’s cars of 2018. In the off-road category of large cars, the FCEV SUV’s have been given the maximum number of 5-stars in terms of overall safety standards.

In terms of price, Hyundai’s FCEV Nexo will cost anything between 45 – 55 lakhs. Where the lowest model of the car will cost around 45 lakhs and the highest model will cost around 55 lakhs. The price of the models will vary on the basis of features, area of purchase and various other factors.

Overall, the people of the home country can’t wait to get their hands on the upcoming model of Hyundai.