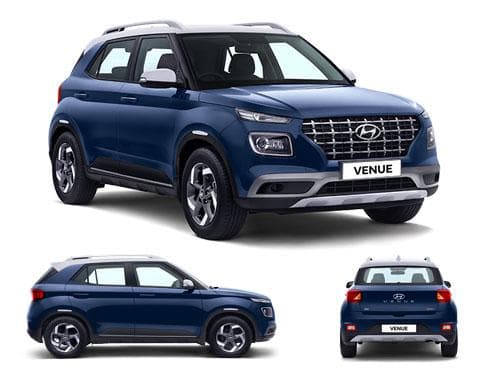 Hyundai had recently launched a breath-taking SUV, ‘Venus’. The SUV has turned out to be the best-selling model in August.

Venus comes under the compact SUV category which has outsold the various other popular SUV such as Maruti Vitara Brezza and the Hyundai Creta.

Hyundai had produced a total of 9,585 units of Venus in August which makes It stand at the very first position.

Venus is considered to be the first-ever connected SUV of the country. It has come up with some very unique and added features such as:

1. Hyundai offers a compact SUV with 6 airbags for safety. Along with that, it gives electronic control stability, the stability of the vehicle, headlamps with an automatic, rear parking camera.

2. It comes with a Blue Link connected car technology which uses internet connectivity via an eSIM (from Vodafone Idea) which in turn helps in tracking various vehicles telematics.

This becomes the first car in the country to provide its customers with a huge plethora of colour options.

Hyundai’s Venus is available in 3 main options, which are:

The turbocharged engine is promisingly capable of producing a total of 118bhp of power and 172Nm of torque.

The engine comes with a transmission option which includes a 5-speed manual and a 7-speed DCT.

However, Hyundai has recently announced that the company will be replacing the 1.4 litres diesel engine with the all-new 1.5-litre engine which has been powering the competitive of Venue, ‘Kia Seltos’.