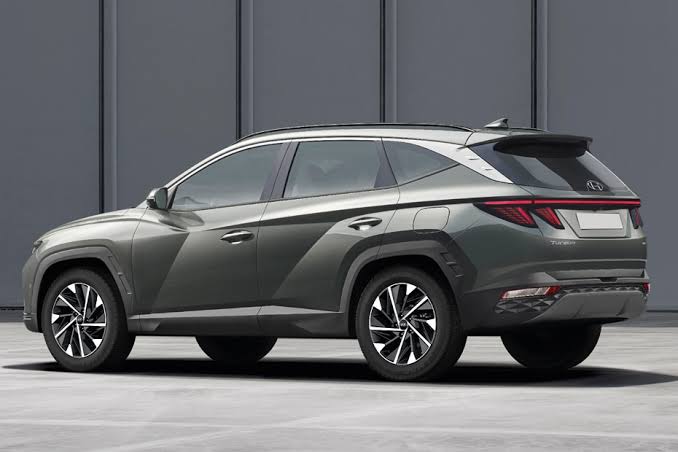 Hyundai has a lot in store to launch this year. Following the facelifted Venue, Hyundai’s latest model to be out, the company has planned to unveil the new fourth generation Tucson in India, by the 13th of July.

The new SUV is an India-specific model that comes with a lot of upgrades to its older version, and it looks pretty good too. Now, let’s look into the finer details of the SUV and see how far it has improved.

As you already know Hyundai offers a lot of powertrain options, depending upon the global market. It includes all the mild and plug-in hybrids models with all-wheel drive too. This is to make sure Hyundai’s vehicles comply with the national regulations and give a better performance with the end-users.

The new India Specific Tucson 2022 will be available as both petrol and diesel variants. The Petrol variant will house a 2.0-litre engine that produces 150bhp and 192Nm torque. It will be connected with a 6-speed torque convertor automatic transmission unit.

As for the diesel version, a 2.0-litre turbo engine that churns out 182bhp and 400Nm torque, can be found under the hood. This engine will be paired to an 8-speed automatic gearbox.

What sets the new Tucson apart from its older version is its amazing sporty look. There is presence of sharp cuts on its sides that give the SUV a very modernistic look. Hyundai defines this as their new ‘sensuous sporty’ look and it is very dashing.

On the front the SUV gets a uniquely styled parametric front grille with fully integrated DRLs. They are very much visible beside the dark and silted chrome sporting the Hyundai badge. The grille lights up in 5 different jewel-like triangles on both sides while driving, giving a luxurious look to it. The LED headlamps and turn signals are integrated on the lower front bumper, which also has a pair of air ducts that add to the style.

On the rear, a pair of fang-shaped split LED taillights connected by a full-width LED bar. These arrangements are placed above the new bumper with a diamond texture and also a faux skid plate.

As for the wheels, the global-spec model features the 19-inch alloy wheel, while the India-spec model rides on 18-inch wheels. This combined with the taller sidewalls could improve the ride-quality of the vehicle in the country.

The new Tucson comes with all-new interior loaded with state-of-the-art features. Hyundai has gone with a clutter-free cabin with minimal buttons on the dashboard on this one.

The India specific Tucson could get a three-row design, quite different from the two-row, large boot-space European model. However, Hyundai is yet to make an announcement about the same.

As for other stand-out features, the SUV will get Hyundai’s Blue Link connected car tech, tri-zone climate control, a panoramic sunroof, ventilated front seats, automatic AC, cruise control & ADAS features. The New Tucson will be the first Hyundai vehicle in India to get the Advanced Driver Assistance Systems (ADAS) in it. For safety the new Tucson will come with 6 airbags and a 360-degree camera.

As of now Hyundai tops the SUV segment in the sales and the closes competitor to the company is given by Kia, a sister company of Hyundai. However when it comes to luxury SUB segment, Hyundai faces tough competition from models like the Jeep Compass, Volkswagen Tiguan, and Citroen C5 Aircross, who all come with similar modernistic designs and features.

Looking at the full set of features and design upgrades, Hyundai could price the new 2022 Tucson from a minimum of ₹25 lakhs onwards. It could be higher but it would not come lower than that.