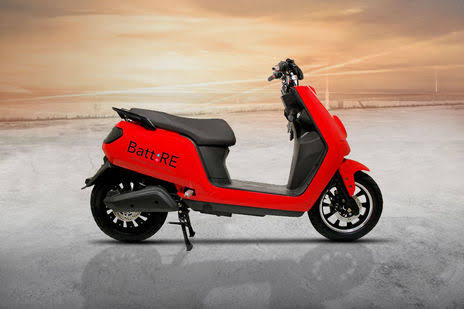 Electric vehicles segment is undergoing a massive surge and in the next few years, the landscape of the two wheelers market will see a sea of change. The industry will metamorphose into a largely electric market. Even in a country like India, people have started to see the advantages of electric vehicles for the daily commute. While electric cars are also rising in numbers, Indians still have a small hesitation when buying electric cars. When it comes to electric scooters and bikes, India has completely embraced it and there are many reasons for the same.

One important factor in favour of the electric vehicles is the low running cost of these vehicles. A large majority of the two wheelers in the cities and even in towns are used to travel within a 30km circle. In today’s condition, most electric scooters claim a range of 80 – 140 km. This is ample of range for the daily commute and occasional longer trips undertaken by an average Indian.

Electric vehicles do not attract a higher tax and there are certain concessions in terms of the registration costs too. As a result, it turns out to be an economic option for the people to make the switch.

An Eco-friendly Way of Travel

Electric scooters are not only cheaper but also better than their internal combustion engine counterparts. Imagine travelling in a crowded city at rush office hours. You know that the traffic is going to be jam packed from bumper to bumper. An ordinary IC engine will require you to idle the engine. This creates unnecessary pollution. Whether you are riding the scooter / bike or simply idling the exhaust is going to emit carbon di oxide, carbon mono oxide and other harmful gases.

However, in case of the EVs, there is no worry about idling. Frequent start and stop decreases the mileage of the IC engine vehicles. In case of the electric vehicles, it enhances the range as there is an interval between the usages in which the battery can build up the potential.

The pickup of the IC engines is relatively less when compared to the electric motors. It can produce better torque at lower speeds and helps in your travel. While most electric bikes have a lower than 100 top speed, it is a matter of time before getting to those fast riding experience.

Electric motors can provide the power when you need it and is also easy to control in terms of transportation. One additional benefit of the electric scooters is that these have a quasi-reverse mechanism, in which the motor supports the reverse.

At today’s price level most states have a petrol price of around ₹95-110/- With such a high fuel price in the country, the electric vehicles are suddenly becoming more and more attractive. In addition to the above mentioned reasons, the charging infrastructure of the country is also expanding and hence the demand for electric vehicles is only going to go in one way, up!

This can be seen in the launch and growth of many electric scooters and vehicles in the country such as Ola S1, Ola S1 Pro, Darwin D5, D7 & D14 and many other scooters by other companies.

Tamil Nadu is Becoming the Hub of Electric Vehicles

In a short span of time, Tamil Nadu has once again became the centre of the electric revolution that is happening in the automobile industry. In the early 2000s, Tamil Nadu saw the incoming of many multinational automobile giants like Hyundai, Ford, etc. Not to mention the presence of plants of Royal Enfield, TVS, etc. That is why, the capital city of Tamil Nadu, Chennai was rightly called as the ‘Detroit of India’. Detroit is the place in United States where the automobile manufacturers including Ford have setup shop. The recent exit of Ford from manufacturing cars in the country has left a void in the future of the city’s automobile manufacturing.

Apart from these improvements, TVS has decided to invest as much as ₹1200 crores on the development of electric mobility in the state. This will help TVS galvanise its position and bring in more sales in the coming years. As a state, Tamil Nadu will heavily gain in terms of industrial growth, employment, GDP and economic well-being. It is understandable that Tamil Nadu is set to gain in this growth but why are the electric mobility companies flocking to the state?

Tamil Nadu has a good infrastructure and presence of other manufacturers in the automotive industry helps easier sourcing. With a stable supply chain, companies can easily get the materials and parts that they need for the manufacturing and assembling of electric vehicles.

The state is already home to automobile giants like Hyundai, Kia, and Ford that had recently exited India. The states policies and the business environment in the state is also conducive for easier growth.

Southern states, Tamil Nadu, Andhra & Karnataka have a high number of trained engineers when compared to other locations in the country. Trained human resource is available adequately in the state and people also find it easy to shift to these locations for job opportunities.

Chennai is one of the low lying capitals in the country. Moreover the terrain of the state, particularly in these locations are relatively flat and stable. Good roads, transport facilities, presence of ports and other logistics provide easier export options for the companies. Moreover, the quick transport of raw materials or finished units from one part to another of the state helps these manufacturers to lower the cost of these vehicles.

In short, Tamil Nadu, its terrain, the society at large and the economic development of the state has enabled it to woo many automobile manufacturers.