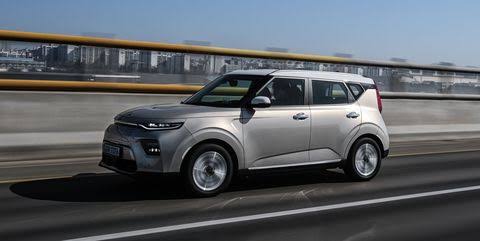 KIA Motors who had debuted in India at the AutoExpo2018 had previewed a range of vehicles that it planned to launch in India. Reports claim that the South Korean automobile company is all set to launch its KIA Soul EV in the Indian Market in 2020.

The KIA Soul Ev too was a part of the display at the 2018 display at AutoExpo 2018, which is primarily an electric version of the Soul Crossover.

While it has already been launched in the international market, it is expected to be launched in the Indian market at the AutoExpo2020 along with a dozen other electric cars.

The KIA Motors has already showcased the Soul EV at the company’s new BEAT 360 showroom and has also gifted a Soul EV to the Andhra Pradesh Government.

The Kia Soul EV has a 64kWh battery, which powers its electric motor offering 204PS and 395Nm. It claims to offer a range of 450km on a full charge. The car achieves 0-100kmph in 7.6 seconds before hitting the claimed top speed of 170kmph. The battery takes 9.5 hours to get fully charged on an AC charger, while a fast DC charger can charge the battery in an hour.

The KIA motors will also launch the KIA Seltos and the KIA Carnival MPV at the AutoExpo2020.