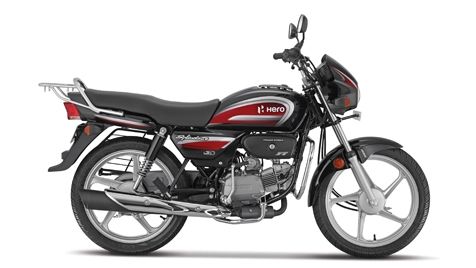 Hero MotoCorp has updated its official website with prices for the limited editions of the Splendor Plus and Passion Pro, following the recent announcement of the price of the Xtreme 160R 100 Million Edition. The motorcycles are part of the manufacturer’s two-wheeler line, which has sold over 10 million units in India since its inception. In January, the company commemorated the occasion by having Bollywood actor Shah Rukh Khan sign all six of the 100 Million Editions on display.

In India, Hero MotoCorp has launched the Splendor Plus and Passion Pro 100 Million Editions. The limited-edition models honor the brand’s achievement of a 100-million-unit production milestone. There is only one version of the Hero Splendor Plus 100 Million editions, which costs Rs 67,095. The Hero Passion Pro 100 Million editions are available in two versions: Disc and Drum, each costing Rs 69,200 and Rs 71,400. All prices are in US dollars and are ex-showroom in Delhi. Both models are painted in a red and white dual-tone scheme.

Red fuel tank extensions with white graphics are featured on the Hero Splendor Plus 100 Million and Hero Passion Pro 100 Million versions. Red has also been applied to the front fender, headlamp mask, and side panels. The black treatment on the engine case and other components add to their unique appearance.

The red and white dual-tone color scheme seen on the Xtreme 160R limited edition is also seen on the Splendor Plus and Passion Pro 100 Million Editions. Aside from the Xtreme 160R, Splendor Plus, and Passion Pro, a limited edition of the Glamour, Destini 125, and Maestro Edge 110 scooters will be released. These should be available in the coming weeks.

During the unveiling of the 100 Million Edition two-wheelers, Hero MotCorp indicated that over ten products – including variations, refreshes, and improvements – will be introduced every year as part of the company’s next five-year plan. Also, the company has set a high growth target for its markets outside of India.