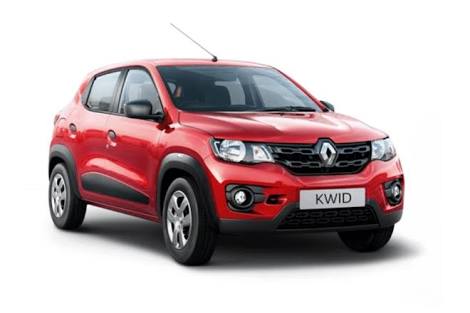 Renault India is all set to launch it’s heavily updated Kwid which is currently in its final stage.

The refreshed model of the Kwid has been spotted a number of times during its trial run in the country.

The design of the Renault’s Kwid is expected to be very similar to that of the KZE electronic car which was shown at the Shanghai motor show in 2019.

The exterior and the styling of the Renault Kwid facelift is completely inspired by the KZE electronic car.

The design elements of the Kwid will be very unique. The car will have a split headlight design which will have the LED and DRLs placed just near the grills.

The main headlight will be placed on the lower bumper. The car will be seen with brand new bumper designs, fancy hub caps and inserted LEDs in the unit of tail-lights which gives the care a very modern and a royal look.

The Indian design of the Renault’s Kwid will have a total of three lung-nuts for the wheels. The inner design will experience a number of changes.

There will be tweaks to the dashboard designs with the custom made digital instrument clusters.

The new model will have the all redesigned vents of the AC for better airflow. The steering wheel unit will be stronger and better on the tribe.

The Kwid will have an 8.0-inch touch screen system of infotainment which will replete with Apple CarPlay and Android Auto.

The new Renault Kwid facelift is estimated to be costing between Rs 2.82 lakh and Rs 5 lakh (introductory, ex-showroom India).

Renault’s is all set to launch the Kwid facelift by 28th August 2019. Kwid will face hard competition from Maruti Suzuki S- Presso Which will be featuring a look that of an SUV.

The S- Presso will also be launched within a month after the Kwid’s launch.

Renault’s Kwid will have a three-cylinder engine which will carry over 0.8-litre and 1.0-litre.

The power outputs will contain a 0.8-litre unit which will make a total of 54hp and 72Nm of torque. On the other hand the larger 1.0-litre unit will produce 68hp and 91Nm of torque.