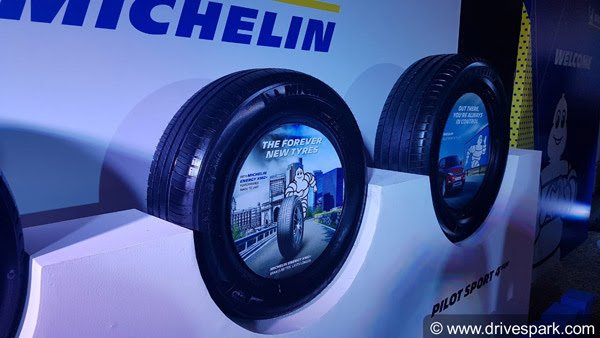 People don’t pay enough attention to the tyres when buying a new car, instead, they focus on checking the appearance of the car like design, interior, engine, etc. Tyres are one of the most important elements in the car, the wheels carry the whole weight of the car and connect it to the roads. You must make sure that the tyres are in the proper shape and delivering consistent and smooth riding experience.

Michelin is the world’s largest manufacturer of tyres, in the last decade, Michelin has been the top performers in India to deliver the best performing tyres. The new Michelin Energy XM2+  claims to offer efficient braking even on the wet surface and longs laster than others. French Manufacturer Michelin brought an XM2+, which will replace previous version XM2 and become the best performing and affordable tyres.

The XM2 series by Michelin was in sale for the last eight years, and now it’s finally the time to say goodbye to them and welcome Energy XM2+. The new technology of XM2+ ensures very less shuffling in the tread block. It will also improve the fuel efficiency of the vehicle by reducing rolling resistance and minimize wear and tear.

Two types of tests were conducted to check the abilities and performance of the new Michelin XM2+. The first test was done to check the water braking to justify the claim that it can cut distance of braking up to 3.3m in wet places. To clarify, this car was driven on the speed of 100kmph to apply the braking afterward. As expected, the tyres performed very well in wet conditions.

The 2nd test was dash around the track of WABCO. The tyres again performed very well, which is quite impressive. The test assured that the car stays stable and correct through turns and high speed. Michelin Energy XM2+ is the best option for anyone who wants to get the most out of their vehicles on the roads.