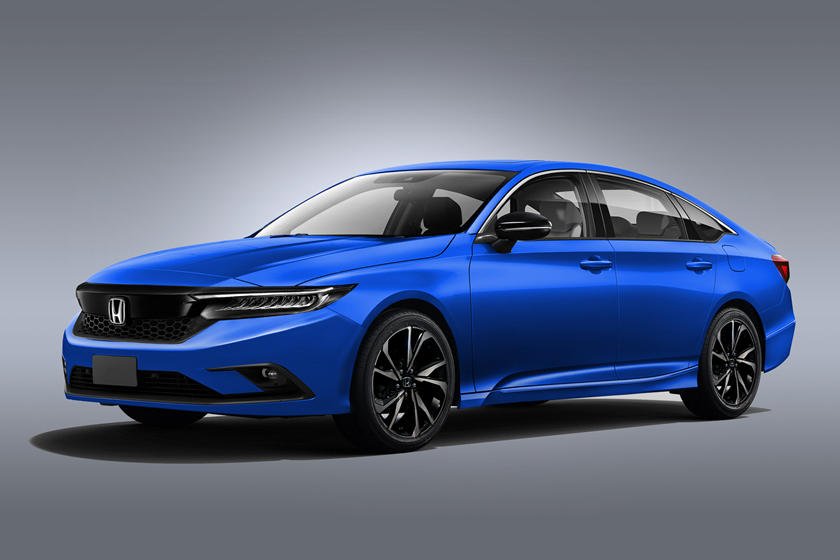 A few leaked images of the 2022 Honda Civic have surfaced online.

The dimensions are yet to be known. As per the announcement by Honda last year, the new Civic will be developed on a more rigid platform. The styling of the new Honda Civic sedan will be done in a similar manner to the prototype version. There will be a continuation in the wide and low stance, which is the hallmark for the Civic design. However, the new Civic looks cleaner and more mature. There will be fewer body creases.

The car gets broad, horizontally placed headlamps. There will be LED units in some of the variants. Honda will give up on its thick chrome grille for a subtle look. Slight alterations have been made to the front bumper. The fog lamp will be larger with a contrast black finishing.

A prominent shoulder line can be seen running across the sides and merging into the wraparound tail-lamps. The new Civic looks simpler from the back.

It is expected that the interior will be similar to the sketch revealed by Honda a few months back. The interiors will be cleaner and simpler as well. There will be a freestanding 9.0-inch touchscreen and a full-gauge digital display. There will be lesser buttons on the central console. Dials for climatic control will be present.

There will be multiple features that make this car all the more attractive. Active and passive driver assistance systems will be a part of the new model.

The current generation Honda Civic was not a success in the Indian market. It went off the shelf within a short time span. The model was indeed a slow seller. The sales also got affected by COVID 19. The Greater Noida plant of Honda was closed as well. So, at present, it cannot be said if the new Civic will be launched in India or not.