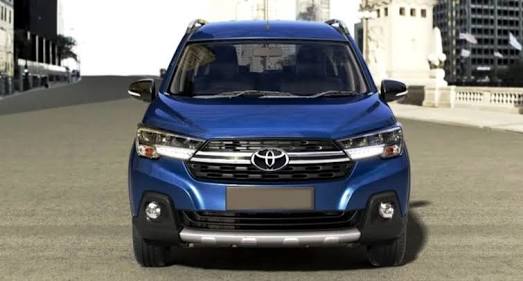 Toyota has entered into a fruitful partnership with Maruti Suzuki, and the car lovers are waiting in all eagerness for the outcome of this union. Here’s the complete list of cars which are going to be launched under the Toyota Suzuki joint venture:

This is an all-new compact SUV and is expected to be launched by mid-2021. The design, engine, and features will follow the Maruti Vitara Brezza, but the nameplate will be of Toyota. The SUV will come with a new interior scheme, color options, grille, and bumpers.

Toyota will be launching an all-new, middle-sized sedan following the Maruti Suzuki Ciaz sedan. According to speculations, it will come with a 1.5-liter KI5B petrol engine and a hybrid fuel option. Any further details are yet to be revealed.

This is going to be an all-new entry-level MPV. Car lovers have to wait till 2021 for the launch. It will come with a new interior scheme, bumper, and grille. The mechanics will be the same as that of Maruti Ertiga.

This new model is going to have a monocoque front-wheel-drive layout. It will lock horns with Mahindra Marazzo MPV. This model will be positioned between Innova Crysta and Ertiga.

The European markets will be getting Toyota Corolla Touring Sport by Suzuki. There will be huge changes in the model. Either there will be a 1.8 L petrol engine or a 2.0 L petrol engine. CVT automatic transmission is also expected to be offered.

This is going to be an all-new middle-sized SUV for the Indian Market. The model is speculated to be based on Toyota’s DNGA platform. It will compete with rivals like Kia Seltos, Nissan Kicks, and Hyundai Creta.