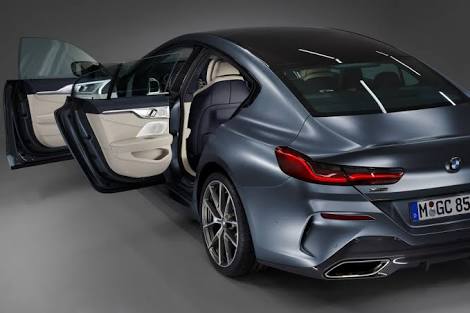 The 8 Series GC is equipped with a BSVI compliant 3.0 litre, 6 cylinders inline petrol engine, which in turn is paired with 8-speed Steptronic sport automatic gearbox. The engine is capable of giving a maximum power of 340bhp as well as a peak torque of 500 Nm at 1600 to 4500 rpm. You can accelerate the luxury car from zero to 100kmph in just 5.2 seconds. The new model has an adaptive suspension system. This makes it possible to control the response behaviour of each wheel just using the button. Also, the point worth noticing is that BMW 8 Series Gran Coupe is available in three different driving modes – Sport, Sport+ and comfort.

There are several features that make the BMW 8 series GC all the more lucrative, for instance, Brake Energy Regeneration, Auto Start-Stop, ECO PRO Mode and Electronic Power Steering. You need not be worried about your safety at all as the car comes equipped with six airbags. It also has a dynamic stability control system and attentiveness assistance.