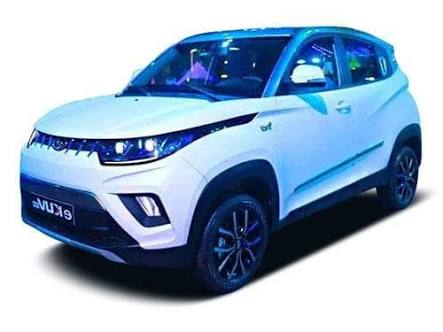 Mahindra & Mahindra, one of the leading manufacturing company, is all set to launch 12 new models within 3-4 years.

The company has decided to go all in to the market and strengthen its vehicle segment.

Managing Director of Mahindra and Mahindra, Pawan Goenka, in an interview, recently spoke about how the competition is getting fiercer in the UV segment, and it is becoming difficult to survive in such cut-throat competition.

Mahindra & Mahindra is all excited to bring in a new dozen of models which will models such as Scorpio or Mahindra XUV500.

After the three mega models, the Indian automaker has plans to launch a mid-size SUV, which will be based entirely on the platform of Ford.

The upcoming Mahindra model will be a rival to cars to cars such as Hyundai Creta and Kia Seltos in the fiscal year 2022.

Mahindra & Mahindra, like all the other automobile manufacture companies, is not behind in trying its hands on the demanding electric vehicle market.

The company plans to expand and strengthen its electric vehicle line up by adding three new models which are:

A: e-KUV100: The model will be seen coming with an upgraded electric motor with a power of 40Kw.

B: XUV300 EV: The model will be seen powered by a 130hp electric motor. The electric car will have a range of 300km and will come up with fast charging capabilities.

C: Sedan, which will be entirely based on the Ford ‘Aspire’ platform.

The automaker has recently confirmed that the upcoming model, ‘XUV300’, will be launched in the European market as well, and the model will have a capacity of returning a range of 300 kms. Whereas, the other models: e-KUV100 & XUV300 EV will be displayed at the Auto Expo 2020, and the Sedan, which will be entirely based on the Ford ‘Aspire’ platform will launch somewhere around 2021.

As per the speculations, Mahindra & Mahindra has also planned to give an entire generation change to its SUV: Bolero.

The SUV will witness a change in its design, mechanical upgrades, features, etc.