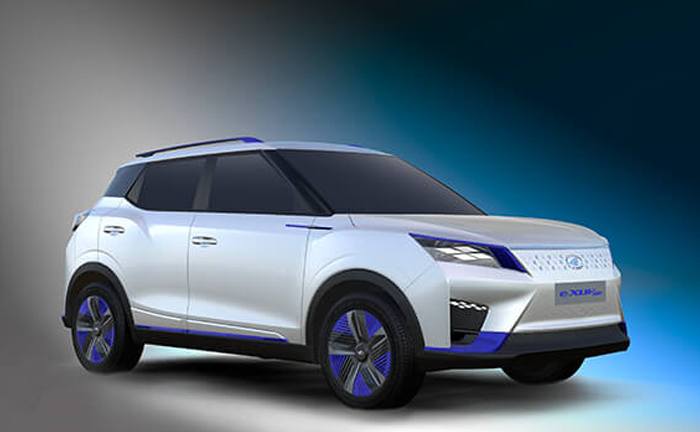 Indian automobile giant Mahindra is locking horns with the Indian carmaker Tata in the electric vehicle segment with the Mahindra eXUV300. Tata is leading the local electric vehicle market with more than 6000 sales of the Nexon EV.

Tata is launching many models in the EV series including Tiego, Tigor and many other models. Similar to Tata, Mahindra is also looking to launch a number of models in the electric vehicles line-up which will compete with many existing electric cars. The XUV700 is being launched in both 5 seater and 7 seater variant. After that we can also see Bolero Neo Plus, Marazzo AMT, Scorpio New Generation, eKUV100. The subcompact SUV is will launch in 2023 and compete directly with Nexon EV.

Mahindra eXUV300 will be based on the Mahindra Electric Scalable and Modular Architecture (MESMA). Mahindra has also confirmed that the future EVs will be based on the same MESMA platform. The eXUV300 will come in two variants with a 350V batter pack that has a range of around 200 km and another variant will sport a batter pack of 380V that has a maximum range of 375 km. As of now the 3 main models that are dominating the EVs are Tata Nexon EV, Hyundai Kona Electric and MG ZS EV. The new eXUV300 will take on all three models, with the lower range variant competing against Tata Nexon and the longer range model will compete with the costlier Kona Electric and MG ZS EV.

The brand might also launch a third model with even further range that can exhibit the capacity of the Mahindra EV cars. The eXUV300 will sport a new look on the front as the grille will be closed and the headlights will be replaced with a sharper blue lights. The alloy wheels and the exterior styling will also distinguish the internal combustion engine model from this. The dashboard and the interiors will be equipped with the latest features including an infotainment screen that is compatible with both Android Auto & Apple Car Play.

2023 and beyond will be an interesting battle among the electric car makers in India.