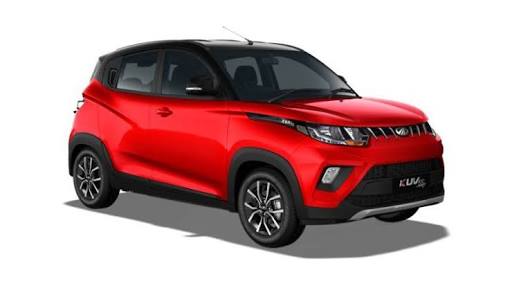 Mahindra showcased dozens of the vehicle in the previous Auto Expo. Recently it has rolled out a few of them including Bolero, XUV500, and Scorpio. Recently the company has rolled out its new vehicle in the market, which is Mahindra KUV100 NXT BS6. It’s an SUV which is going to be offered in the four trims. These four models include K2+, K4+, K6+, and K8. Talking about the price of SUV, it is pretty impressive. The price of the SUV starts from Rs. 5.54 lakh to Rs. 7.15 lakh.

Under the hood, the base model of the SUV will be offered with 6-seat configuration while the higher trims will be available with the configuration of 5 and 6 seats. In comparison with other SUVs, it is the cheapest SUV available in India. Talking about the visuals or exterior of the car, there is no denying that it looks no less than attractive SUV. Mahindra KUV100 NXT BS6 is the only one in its category offering the six seats configuration. Talking about the engine details of the car, apparently, it will be a BS6-complaint. Powering the engine, it will be available with 1.2 L, 3-cylinder engine of petrol. It has the ability to deliver the power of 82 bhp and the peak torque of 115 Nm. The transmission duties of the car will be done by 5-speed manual gearbox.

Mahindra is also planning to launch the much-awaited Mahindra Thar, but due to the lockdown, the plans have been delayed. Coming back to our, Mahindra KUV100 NXT BS6, there will be six interior colour options to choose from. The colour options include Fiery orange, Dazzling silver, flamboyant red, designer grey, and pearl white. The 1.2 L diesel variant of the SUV has been discontinued.