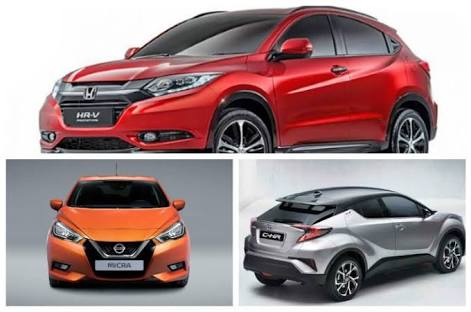 AutoExpo is undoubtedly the most magnificent event of the Indian Automobile Industry.

It is Asia’s largest and the world’s second-largest motor show held in Greater Noida. Automakers get a chance to display, launch and unveil their best collections for everyone to see. The AutoExpo has always been something that all car-lovers would enthusiastically look forward to and this year is no different! With over 50 new cars to be unveiled, the AutoExpo 2020 is surely going to be a splendid experience.

The new cars that would be unveiled include both completely new and modified versions of the existing models. The vast array of cars is going to include various big automobile brands and companies.

Like the TATA Motors are all set to launch their upcoming models- Altroz EV, Blackbird SUV, H2X, etc

Hyundai Motors India would unveil its new facelift versions of Verna and Tucson, along with the brand new Hyundai Creta.

The cars from Kia Motors would include QYi compact SUV, Telluride compact SUV.

Volkswagen would be another big brand which would launch their T-Cross compact SUV, T-ROC, Tiguan 7-seater.

Along with this a lot of new Companies and Brands will also be making their debut at the 2020 AutoExpo like the Chinese automotive companies Great Wall Motors, FAW Haima and SAIC Motor Corporation and many more.

Apart from all these various models of Electric and Hybrid Cars are also going to be a part of the exposition. Companies like Toyota Motor, Renault, BMW, and Mercedes-Benz are going to showcase Electric-automotive technologies. Maruti Suzuki, which is working on a 2020 launch of its first affordable electric car, will showcase the futuristic concept e-Survivor at the show.

Though the cars might take a few years to go on the streets.

Home-grown Mahindra & Mahindra and Tata Motors have announced to showcase half a dozen electric vehicles each at the expo as well.

Although a few global brands like Honda Motor Co., Toyota Motor Corp., Hero MotoCorp. and TVS Motor Co. may not make an appearance, most of the Major Car manufacturers will find their place in the show.

Not just cars but also several bikes are also going to be a part of the grand line-up.

This AutoExpo is not just an attractive exhibition but also an opportunity for attracting investors into the Indian Automotive industry. From local Brands to International ones, numerous Companies and brands are a part of this spectacular show! So this one’s definitely going to be something to look upto!