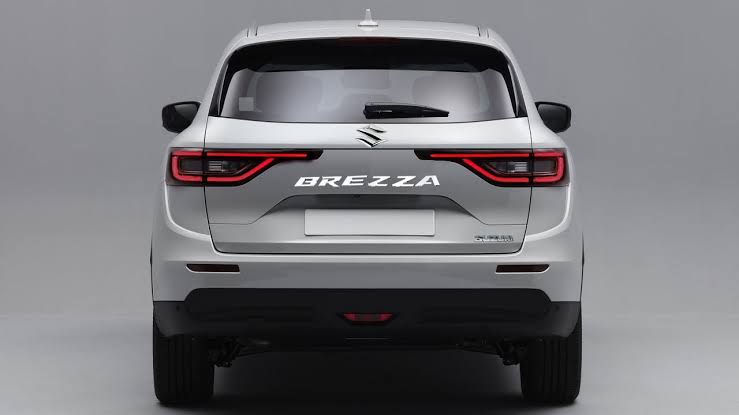 Maruti Suzuki is all set to unveil and launch a number of cars and SUVs in 2022 & 2023. The year ahead is an exciting one for the company with the Indo-Japanese carmaker looking to cements its position in the country. With Kia & Hyundai launching their facelifts of the SUVs this year, Maruti is also fast catching up. The automobile giant is launching the facelifted edition of Vitara Brezza, the compact SUV, in India. The new model is set to have a stronger body than its older version and we noticed several changes to its exteriors as well. Let’s look at some of the improved features of the Brezza below.

The new 2022 Maruti Brezza is set to come with a 1.5L K15 naturally aspirated petrol engine. It is said to be more powerful than the existing engine. While the older engine made a maximum torque of 104bhp, the new engine could generate up to 115bhp.

Interestingly, the new 1.5L K15 engine is also to be shared by the new Maruti Ertiga and XL6. With the petrol price rising continuously and that the EV cost is not yet affordable for most segments of the market, the company is also planning to include CNG kit in the new Brezza. The rising fuel prices will have an effect with this change. And, the CNG Brezza will be more fuel efficient than its petrol variant, with a little change in its power and torque. In spite of the fall in power, average customers will not miss anything as the segment of market that Maruti targets is looking for economy than power.

As for transmission, the Brezza will come with a 5-speed manual and a 6-speed torque convertor automatic. This is set to replace the existing, 4-speed Auto Transmission unit. In fact, the previous XL6 also shared the same 4 speed auto transmission which was laggy and didn’t perform well in the real world situations. Shifting of gears took an eon to complete and as a result, many drivers felt that the whole endeavour was a failure. The new transmission will infuse new blood into the sale of automatic variants of the company.

The new 2022 Maruti Brezza will come with a lot more advanced features than the older model. Maruti has included almost all its recent developments in the vehicle, especially in the higher variants. The most notable features include, a factory-fitted sunroof, a 360-degree parking camera and paddle shifters.

A 9.0-inch infotainment system, that’s larger than the older one will be enabled to support wireless Apple Car Play and Android Auto connectivity. Also included are, a wireless charging system, a new instrument console, automatic AC unit, 6 airbags, electronic stability program (ESP) and more. The inclusion of 6 airbags is particularly a big step in the right direction. Maruti is at present not known for the safety of the cars and this will definitely go a long way in assuring the customers of the safety.

As for the exterior, the automaker has classed up its material quality, fit, and finish. The car will also get a new front grille, newly designed headlamps, revised front and rear bumpers and a set of tweaked tail lamps. The changes on the outside gives an overall stylish appeal that will give the compact SUV an edge over other competitors. As of now, Kia, Hyundai & even Tata is edging the company in the segment. While the Japanese carmaker is the leader in hatchbacks and sedans, the company is sorely missing the number one spot in the compact SUV segment.

The 2022 facelift of Vitara Brezza will also come at a higher price tag than the present one. The inclusion of a better engine, automatic transmission, advanced safety features and 6 air bags will put the cost of the car on par with the rivals like Nexon or Kia Seltos.

In spite of the price rise, we can safely assume that the models will be priced cheaper than the competitors. The loyal customers of Maruti Suzuki know that the models of the company are known for affordable pricing, easy availability of spares and equipment that are customised for the Indian roads. So, Maruti Suzuki will price the new model around ₹9 to ₹12 Lakhs for the new model. The top line model with automatic transmission will be slightly priced higher. At present, Vitara Brezza also comes in a dual tone variant that is priced higher than other models. We can expect the company to price the dual tone model at around ₹14 Lakhs.

So, what do you think? Will the new facelift put back Maruti Suzuki on the right track in the compact SUV segment or will the facelift of Korean companies trump the Indo Japanese model?