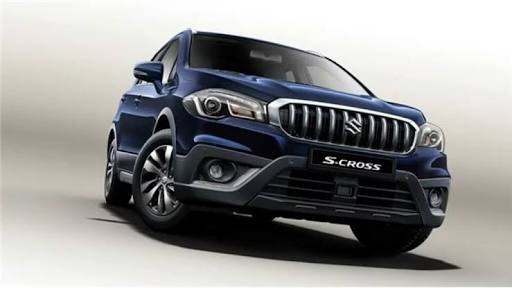 Previously, there have been tremendous debates about the future of Diesel engines in the era of BS6 which is starting from 2020 April.

Maruti was the only automobile company which had announced to stop offering the diesel variants at all.

But a point to note is that Maruti also did announce that it would keep all its options open and consider the BS6 compliant engine of diesel for the models which are bigger depending upon the demand.

Maruti’s S-Cross which comes up with a 1.6-litre diesel was recently spied. A proper emission testing was carried on which suggested that the diesel variant of Maruti will be offered in 2020 also.

Maruti’s first-ever premium NEXA: S-cross compact SUV was available with a total of two Diesel engines which will be Fiat-sourced which are 1.3-litre which is available in several Maruti models and 1.6-litre.

The large engine was offered with the 6-speed manual which could produce a total of 120PS and 320Nm. When S-Cross facelift was introduced by Maruti,

it had stopped the larger Diesel engines and had eventually ditched it because it was making the SUV’s very pricey and was losing hold on its target customers.

The S-Cross test which was spied upon is the latest version of the model which sports the badging of 1.6.

This is an indication that Maruti might reintroduce the Diesel engine of 1.6 litres which will be updated to the BS6 compliant and will be offered on the various NEXA models such as XL6 and Ciaz.

This also indicates another thing that the in-house 1.5 litre Diesel engine that was loaded in the Ciaz’s facelift version in 2018 may have to face the axe before April 2020.

Maruti’s smaller models such as Baleno, Dzire, Vitara Brezza etc. are currently powered by a 1.3-litre diesel will be seen turning into only petrol models.

Maruti’s current S-Cross model is offered with a 1.3-litre diesel with a very mild technology (Hybrid) for fuel-efficiency.

There are speculations that Maruti is also expected to introduce the petrol version complying with the BS6-compliant of the S-Cross at the Auto Expo 2020.

The model is expected to come with a few domestic updations as well.