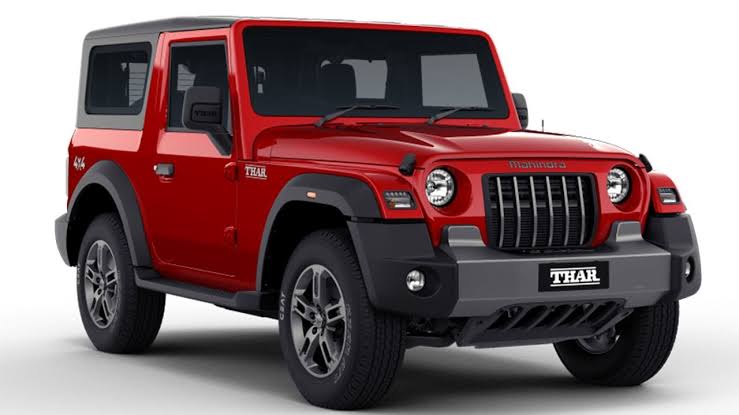 Maruti Suzuki Jimny is expected to be launched early next year in India. As of now, the off-roader is being offered to many Asian markets and even in Australia and Europe. If you don’t know about the Suzuki Jimny, you are in for a surprise. Jimny is almost the same vehicle that was launched long back in the country as Gypsy.

Gypsy had a famous and successful run in India as the favourite car for many police departments and people who wanted to have powerful engines. The rivalry between the Mahindra Thar & the Maruti Gypsy is legendary. The competition is going to be rekindled in the coming days. Both Mahindra Thar and Maruti Suzuki Jimny have undergone numerous changes and both of them are now more evenly poised than before. Suzuki recently discontinued Gypsy to leave way to the Jimny.

Suzuki Jimny was showcased by Maruti Suzuki in the Auto Expo 2020. Ever since, the compact off-roader has turned heads in the international markets. The new vehicle is highly anticipated in the Indian Market and we can hope to see it by 2022. The Thar, on the other hand has been a solid SUV model in India, for a long time. Mahindra has constantly improved on its design, ever since its introduction. This has made Thar to be a good off-the-road vehicle so far. Let us see the specifications and comparison of each model and you decide which will suit you.

The Thar is maintaining its dimensions at 3985 x 1820 x 1844 mm^3. These dimensions are for the hard top model while the convertible is slightly taller. It is to be noted that the new Thar is much wider than the old model and has a more prominent road presence. The Jimny on the other hand, has the size, 3480 x 1645 x 1720 mm^3. The numbers are smaller than Thar, yes, but this is because the Jimny model available in the international market right now, is a three-door model, a compacted version of standard SUVs. What we can expect from the 5-door model in 2022 is a much larger, much longer and a sturdier vehicle.

The dimensions and power of the Jimny can be expected to be higher in the 5-door version. Seeing as the 3-door model is more than powerful for a compact SUV, we can say that the next version coming in 2022 will be more powerful & comparable to the latest Thar. It could be hard to compete with the sheer power and torque of the Thar but Jimny will hold its ground.

The whole point of buying an SUV is for exploring off-road. For that you need more than a powerful engine. Features such as ground clearance, water wading capacity are important while getting these tough machines.

The Jimny has a ground clearance of 210mm. This is expected to be similar in the 5-door version. However, Mahindra Thar has a ground clearance of 219 – 226mm. The approach and break over angles of Thar is at 42 & 27 degrees respectively, while for the 3-door Jimny, they are at 37 & 28 degrees. As for the departure angle, the Jimny is at 49 degrees and Thar at 37 degrees.

The Water wading capacity of Jimny is 320mm and Thar, 620mm. This alone is a huge deal breaker for Mahindra Thar. In off-roading capabilities, Thar is ahead of the Jimny by miles but the Suzuki Jimny can handle itself pretty good in hilly areas and places with heavy rain fall. Suzuki Jimny would be ideal for places like Kerala, Uttarakhand & North Eastern states.

The Thar has been upgrading itself over the years and the latest version has the same features as that of Jimny, touch screen infotainment system, Mahindra’s Blue Sense app connectivity, cruise control, steering-mounted audio and Bluetooth controls and more.

While, we can expect Maruti Suzuki to provide more features in its new version of Jimny, as of now, it is the Mahindra Thar that gets higher brownie points on the interior features.


On the safety features, Suzuki Jimny has a slight advantage as it comes with more number of air bags. It is to be noted that neither of the vehicles have the ADAS (advanced driver assist system) which is being incorporated by other SUVs like Mahindra XUV 700 or the new MG Astor.

You can get a Jimny at a relatively lower price than the Mahindra Thar. If you are alright with foregoing a little off-road capability, than Suzuki Jimny could be an ideal SUV for you at the best price.

The Final Verdict – What to Buy Jimny or Thar

All in all, the Jimny could be a much better vehicle in terms of cost, features and performance. More importantly, Jimny comes with a 5 door option providing better usability for the off-road and on-road experience. If you are looking for a 5 door Thar, you might have to wait for a few more years as the company has given a timeline of 2023 to 2027 for the 5 door Thar. So, Suzuki Jimny could be the ideal SUV for your family that provides good experience in your regular travel but doesn’t shy away from a challenging situation and thrilling off-road drives.

What do you think is the best option for you?