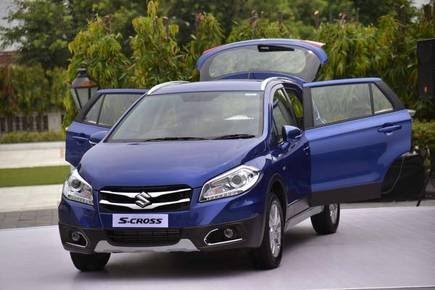 The decision has come out by Maruti Suzuki that it will stop manufacturing the diesel vehicles by April 2020.

This decision is taking the Indian consumers to the speculations, and that is saying that Maruti Suzuki’s SUV section will see a downfall in the sale.

This decision is followed on the footsteps of BS-VI standards announced for April 1, 2020, Well, Maruti Suzuki’s diesel engine would not be meeting the standards.

At present, Maruti Suzuki has two diesel motors in its range – the 1.3-liter, Fiat-sourced MultiJet motor, and its new 1.5-liter, four-chamber DDiS motor that appeared in the Ciaz.

On the reports, we understand that models that have a diesel motor as the Maruti Suzuki Swift, Dzire, Baleno, Ertiga, Ciaz, S-Cross and Vitara Brezza may discontinue from 2020.

Maruti Suzuki’s diesel vehicles provide the 30 percent of all Maruti Suzuki deals, this should come as a well-thought declaration, and it brings the question further how Maruti Suzuki will change the phasing out of diesel autos from its portfolio.

Well, the new 1.5-liter diesel motor could make a rebound later. Maruti Suzuki statistical data is of Rs 1,000 crore to build up the 1.5-liter diesel, but before it attempts to make the 1.5 BS-VI.

It is, indeed, a change to better with the super-stringent Real Driving Emissions (RDE) guideline, which is relied upon to become effective by 2023 and will add drive costs up.

Maruti Suzuki’s other selling models like the Ciaz, S-Cross, Vitara Brezza and Creta rival will require a diesel motor alternative for sure now. Though, Maruti Suzuki will need to ensure the costing between the petrol and diesel models not to come expensive to buy for Indian consumers as that could finish up the interest for diesel vehicles.