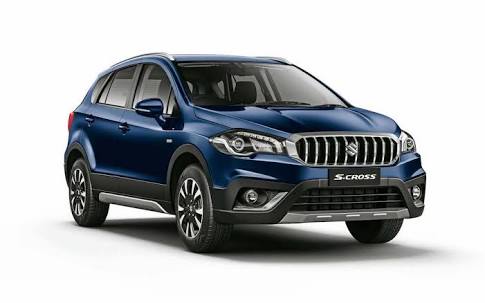 Auto Expo 2020 is just around the corner, and Maruti Suzuki has confirmed to 17 models to showcase at the event. The company is also going to reveal the Futuro-e concept, new Vitara Brezza facelift, jimmy mini off-roader and much more. The company has announced now that it is also to launch the 2020 Maruti Suzuki S-Cross at Auto Expo which will be conducted on 5 February 2020.

The company is going to offer BS6-compliant of the 2020 Maruti Suzuki S-cross  SHVS mild-hybrid system with 1.5L K15b petrol engine. Initially, the vehicle will only provide the petrol version, and the diesel version will be discontinued in the coming few days. The petrol hybrid technology of the car will be out for the Indian market in March 2020.


Maruti Suzuki S-Cross is capable enough to offer a 1.5-litre, four-cylinder K15B engine of petrol that is connected to Suzuki’s SHVS mild hybrid system which offers an integrated starter generator and dual battery set up. The 1.5l engine was debuted in the Ciaz facelift model and now going to be featured in S-Cross as well. It is going to open the crossover to a larger audience. In order to enhance the efficiency of the car, the company has given SHVS technology with the petrol engine as discussed earlier. This makes the vehicle most fuel efficient crossover in India.

2020 Maruti Suzuki S-Cross will be packed with features like Android Auto, climate control, touch screen infotainment system with apple car play, multifunctional steering wheel, push-button start, keyless entry, electric controlled mirrors, reverse cameras, ABS, automatic headlamps, EBD and rain-sensing wipers. There is no doubt that the car comes with a complete package of exciting features. The price range of the car starts from Rs 8.8 lakh and ends to Rs 11.44 lakh, which was pretty much expected. Let’s wait for the Auto Expo 2020 to know more about the car.