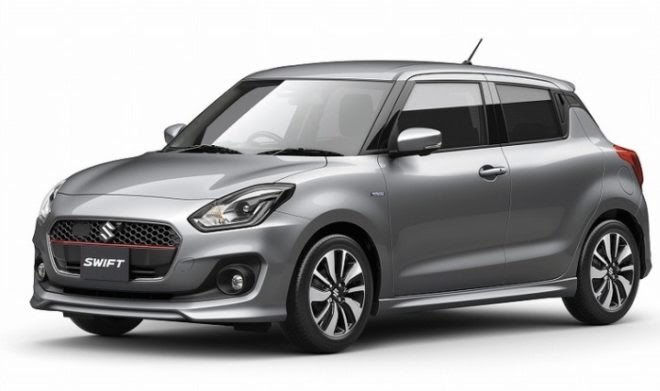 Swift RS – Maruti Suzuki, a renowned automobile manufacturer, is all about launching, innovating, and producing cars for the economic benefits of people. All over the past years, it’s seen that this company has built cars, which left a benchmark in people’s lives.

Their cars do have a personal touch to the needs of an Indian in the core of innovating. Remember, which car you needed as your first car?

Today’s generation must have a desire to have the Maruti Suzuki Swift. Indeed, Swift’s changed the adrenaline rush phenomenon for Indians in a budgeted and world-class technology.

It’s the first quarter of 2019, and there are talks about the launch of the new Maruti Suzuki Swift RS. It may be not long that it will hit the Indian automobile market and love by the youngsters and past-generations alike. With the powerful 1.0-litre Booster engine as of the launched Baleno RS, expectations are high enough to feel in the nerves.

Rumors say that it is coming early than first said. Although, the company rarely speak about their future products. Some sort of company policy to not talk about the future with the future of India.

The Specifications
For India, indeed, most of the models of each model of even this company are not available in India, the Maruti Suzuki Swift RS is likely to carry the 1.0-L booster jet motor that is about 99 hp and 150 Nm of torque.

Is not it enough? Never enough power, right? In comparison, the standard Swift has 81 hp and 113 Nm of torque.

The cost is coming out to be just on the variant one may choose for the desires of oneself. And, the ex-showroom price may come as 7.32 lakh, and the other variant in diesel with ZXi+ trim on the inside is on the same around price. It’s in the rumors that this will cost 7.9-8.2 lakh off the showroom floor.

The Design
Coming from the new Suzuki Heartect platform, the Maruti Suzuki Swift RS will share the similar platform with the existing Swift.

The sportier variants are about to offer different design content to distinguish it from others. Let’s just say that it will have the alloy wheels, and there is the rear and front spoiler.

Competition and Conclusion
Without a doubt, the hatchback is going to face some competition with Punto Abarth, Figo S, and Polo GT.

The early release may come as a competition surprise for everyone and change some expectations for having a hatchback around the house. Maruti Suzuki Baleno RS is kind of a sibling of the Maruti Suzuki Swift RS in terms of engine and some features.