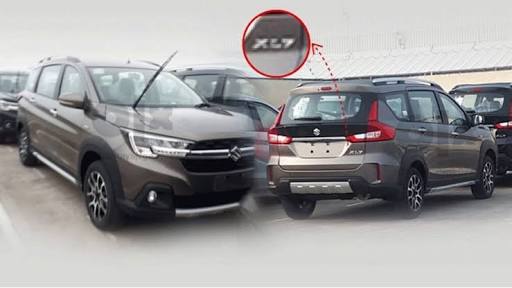 Maruti Suzuki has been working on its new car Suzuki XL7 which is a seven-seater car based on its previous variant XL6. The images of the vehicle were recently leaked on the internet. In the appearance, Maruti Suzuki XL7 MPV looks similar to the India-spec Suzuki XL6. The launch date of the XL7 is not confirmed for India yet, but the vehicle is going to launch in Indonesia very soon in the coming weeks.

Although Maruti Suzuki XL7 looks the same as its previous variant XL6 but if you notice it carefully you will see slightly reworked grille with fatter tyres and alloy wheels with a tyre size of at least 16 inches. The interior of the XL7 is also expected to be same as XL6. Still, there could be a change. It might come with bench seats to go as a seven-seater offering.

The petrol engine of the Suzuki XL7 might be the same as XL6. Compared to the previous model, the XL6 utilizes a much bolder styling package. As far as the rivals concerned, the Suzuki XL7 will be a significant threat to the Mitsubishi Xpander Cross and Toyota Rush. Maruti Suzuki XL7(7 seaters) might be offered with a 1.5L K15B, DOHC, VVT petrol engine that does the duty to the Ertiga MPV in Indonesia. XL7 is also expected to get better ground clearance. The engine of XL7 puts out 105 hp of maximum power and 138 Nm peak torque.