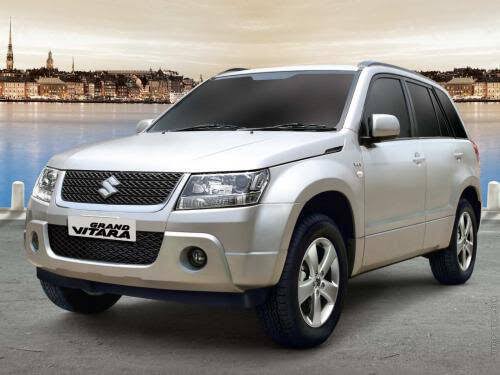 Maruti has unveiled its all-new mid-size SUV and has named it the Grand Vitara. The new SUV will be similar to Toyota’s new HyRyder compact SUV and share most of its features. It is reported that the Grand Vitara will even be manufactured in Toyota’s Bidadi plant in Karnataka, India.

Interestingly, Maruti Suzuki has positioned the new Grand Vitara as a premium model and hence sell through the Nexa channel of the company. The compact sub 4 metre Brezza was sold from the Arena channel of the Indo-Japanese carmaker.

Let’s look into some of the features of the SUV and get a closer understanding of the same.

The strong hybrid engine, will also be available with three driving modes, engine-only, hybrid and pure-electric mode. As for transmission, the engines can be coupled with either a 6-speed manual or a 6-speed automatic system.

Competitors like Hyundai Creta, Tata Nexon also provides the option of diesel engine on their models. This could be a thing of worry for the company. However, considering the narrow difference in the fuel prices in the country, the lack of a diesel engine shouldn’t hurt the sales of the company. With the company bringing back diesel engines in its models, we can expect Maruti Suzuki Grand Vitara to have a diesel engine launch in early 2023.

Maruti Suzuki is going with a modernistic look with their new Grand Vitara. However, the new SUV will share some aspects with its Toyota cousin.

On the front is a massive new grille with the Suzuki logo in the middle. The bonnet has gained a majestic look and the headlights are thin and composed of LEDs. The DRLs are similar to that of the HyRyder. On the sides, the curved A-pillar along with stylish windows gives it a sporty look. The large wheel arches will make sure the SUV can be taken off-roads too.

Also, the SUV will gain styling bits from the Suzuki A Cross SUV sold in Europe. The large claddings on the rear will accentuate the SUV looks of the already rugged design.

The new Grand Vitara will be Maruti Suzuki’s most feature-laden and technologically advanced SUV for India till date, making it a truly Nexa experience for the company. We can expect new features like the ADAS (Advanced Driver Assist System), 360º camera that provides additional safety in the new mid-sized SUV. Similarly, the new Grand Vitara will also come with 6 air bags for better safety of passengers. Without these features, the Nexa positioning wouldn’t be complete.

More details about the features are awaited and we can expect Maruti Suzuki to unveil them on July 20, when the company will officially launch the car.

On-Road Price and Competition of the New Grand Vitara

The price announcement of the new SUV has been scheduled to be in the latter half of August 2022. This will be well after Toyota HyRyder’s debut and launch in the same month. However, Maruti Suzuki has opened booking for the new SUV, from ₹11,000. Since it is a premium model similar to their S Cross, Maruti Suzuki is planning to sell the SUV through their Nexa outlets, primarily. So, we can expect the company to price it a little above the 10 Lakhs.

The mid-sized SUV segment of the automobile market is highly competitive in the country. With the likes of Korean Hyundai Creta & Kia Seltos, it could be an uphill task for the company. Not to forget the tough fight given by the Tata Nexon and MG Astor. For its share, Mahindra has also come out strong with the new XUV 300 & the much anticipated XUV 400 which is an electric vehicle. The German Volkswagen & Skoda have also come up strong with Taigun & Kushaq, both of which are increasing the market share for the companies.

In view of the tough competition from these players, it seems as if the Japanese companies have perhaps joined the party a little too late. Given the huge market share by the company and the ideal brand image of being affordable and stylish, Maruti Suzuki could perhaps pull a surprise and become a leader with the Grand Vitara.

What do you think? Will the new Grand Vitara break the jinx for the company in the SUV segment? Let us know your thoughts in the comments.