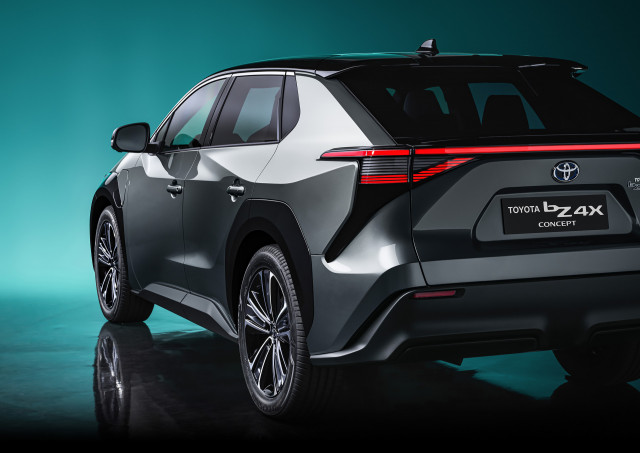 Electric Vehicles are the future and the Indian automobile market has already started to embrace the new technology. Interestingly, the main players in the industry are home-grown Tata & the Korean Hyundai. Both these companies have made the most out of the upcoming electric technology. However, the largest automobile company in India, Maruti Suzuki is not far behind in this segment. It is in this scenario that the development of a new EV platform by Suzuki & Toyota gets an importance.

Japanese automakers Toyota and Suzuki have begun working on ways to manufacture EV’s more efficiently. With an objective to introduce an electric SUV in the near future, the companies have teamed up with several automakers from Japan to create a state-of-the-art, born-electric platform named 40PL.

The 40PL is a platform designed by a consortium of seven major automakers form Japan. The team includes, Daihatsu, Subaru, Suzuki, Mazda, & Hino along with Toyota and Maruti Suzuki. It is a known fact that Daihatsu & Subaru designs play an important role in the plans of Toyota. Suzuki & Toyota are already cooperating globally to get the most out of the Indian / Asian & African markets where Suzuki & Toyota has an advantage respectively.

What is 40PL Platform?

40PL is a Skateboard platform developed by all the seven automakers. This platform will take the best practises and technology from each of the members and integrate them to form an assembly platform for EVs.

Denso, which supplies major parts for these companies, will provide its expertise in electronics while Mazda does in product planning and computer modelling. Subaru will focus on development of certain medium-sized vehicles and lending its 4×4 expertise. The compact cars have been assigned to Suzuki and Daihatsu.

This integration enables the platform to accommodate several car types within the system. Elements in car design such as wheel base, overhangs, batteries etc., can all be varied during the production process for all the contributing automakers. This makes the 40 PL platform a versatile one that can accommodate the requirements of all types of vehicles. The platform provides economies of volume and reduces the effective cost of production for all the companies.

What is it worth for Toyota and Suzuki?

Maruti Suzuki and Toyota have a huge market in both India and abroad. With the rise of EVs and the other global automakers taking a huge leap forward already, the two giants are considerably lagging behind.

To make sure their entry into the EV market is a grand success they need a robust architecture to cater to their markets. This is why Suzuki, a largely independent company teamed up with Toyota to venture into the EV market. Toyota on the other hand was comfortable with its hybrid vehicles, but sensing the huge demand for battery operated vehicles in the future, the company has finally entered the EV race.

The 40PL platform intends to serve both their needs. Maruti Suzuki is planning to implement the platform in its assembly plant in Gujarat. A total of 1,25,000 vehicles will be made for both the automakers in the coming years.

What can we expect from this 40 PL Platform?

As auto lovers, we can expect the companies to come up with brand new designs for their EVs. Not to mention the cost reduction during assembly will result in less priced vehicles. With the 40PL platform being more accommodating, the skateboard will come up with a variety of vehicles, from SUVs, Sedans, Hatchbacks, Vans and more.

Maruti Suzuki’s Gujarat plant is expected to source the raw material for the Lithium-Ion batteries, locally. This will also provide a huge cost cut for the vehicles. As a result, both the brands can have a huge advantage in the efficiency and price proposition. Each of the players in the platform have already named their brands in this new venture. Subaru calls it eSGP and Toyota, e-TNGA.

The TNGA is the Toyota New Global Architecture & since the platform maximises the efficiency for the electric vehicles by strategic positioning of the battery packs and provides a more stabilised chassis and frame, the platform is called as e-TNGA.

When can we expect the New Cars in the 40 PL Platform?

The new models are likely to make their global debut in Europe by around October 2024. This will be before the India launch and it will be followed by Japan in the first half of 2025. The global pandemic has delayed the launch of vehicles all around the world and this has pushed back the schedule of the vehicles in the electric platform too.

All in all, the EV market in India is set to widen up as the giants have merged together and are planning on a grand entrance. Let’s have our eyes and ears honed to witness the spectacular changes to come.