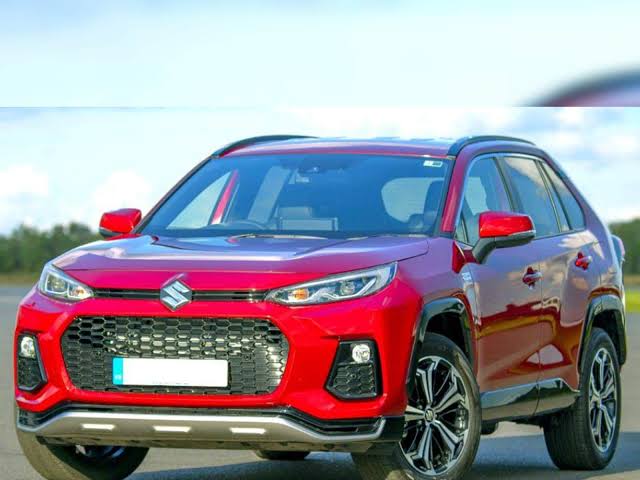 Indians are big fans of mid-size SUVs. Be it Hyundai Creta, Maruti Suzuki S-cross or Mahindra TUV, these vehicles are welcome more than sedans. This is due to the fact that these vehicles look more versatile than sedans and coupes.

With a constant demand for new mid-size SUVs the two giants, Toyota and Maruti Suzuki are planning on launching their new SUVs near the end of this year. We have already seen the spy pictures of the cars in Gurugram. On the outside the models look stylish and powerful. Here’s what we know so far about the upcoming vehicle and its makers’ goals with it.

What are the new SUVs?

Although the names of the vehicles haven’t been finalised yet, both the companies are planning on a collaborative effort to make them. Previously, Toyota and Maruti Suzuki made twins like Baleno/Glanza and Brezza/Urban Cruiser on similar terms. One of the companies will manufacture for both of them, with considerable changes on both the exterior and the interior.

The new mid-size SUV will be built on a new architecture based on Daihatsu-sourced modular platform, the DNGA. The companies are working on implementing the DNGA platform at Toyota’s second plant in Bidadi, Karnataka. This way Toyota will make for Maruti and supply the same to them.

When Glanza and Urban Cruiser were released, they came out with a considerable time gap. This time. The companies are releasing them in succession, before Diwali 2022. Maruti’s SUV is called YFG and Toyota’s is called as D22.

Maruti has its own unique SmartHybrid system in all its vehicles like Brezza, Baleno, Ciaz, and more. Toyota on the other hand is a master in pure hybrid technology. It is said that the new midsize SUVs will use strong hybrid tech similar to what’s in the Camry.

This means, with enough charge in the batteries, the SUVs can run on electric power alone, usually in short bursts. This will give a huge mileage efficiency, especially in cities. With rising fuel costs in India, the new mileage of the SUVs will make them more attractive.

The conventional engines will most likely be powered by a 1.3L turbo petrol engine or the companies could opt for the 1.5 diesel engine too. The power train coupled with a good engine could make the car more appealing in the eyes of the potential customers.

As far as the other features, the companies are said to leave no tables unturned. The SUVs will feature some of the finest accessories till date. With Kia and Hyundai offering loads of features, we can expect Toyota and Maruti to come up more competitively, which is a great thing for us, customers.

While the models are effectively the same beneath, their exterior features and minor customisations will differentiate the models between two companies. Toyota D22 has a split headlamp with double LED DRLs above. Similarly the bumper is also larger and has a honeycomb mesh.

In case of the Maruti version, the DRLs are positioned below the headlamp. Other prominent features include a well squared off wheel arches. With what we have seen in the spy photos in Gurugram, we can be sure that the Maruti YFG comes with alloy wheels but the Toyota D22 came with an ordinary wheel. Toyota could offer the alloy wheels as an additional accessory later.

Both the models have a decent ground clearance. If our calculations are right, it could be around 200 mm, one of the highest for the mid-sized SUVs in the country. On the outside, the models also look bulky and powerful.

On the Inside of Maruti YFG & Toyota D22

Toyota D22 is expected to come with ADAS technology that assists the drivers. Maruti might give the same feature in a top end YFG or other premium models. The inclusion of the ADAS system will not provide the price advantage for the company.

When to Expect the Next Update about the SUVs?

We can expect the companies to introduce the models soon, by at least the end of April and start booking by August. The market can also influence the features that may be added to them. New tech are being integrated into cars every month. With up to Diwali in their hands Toyota and Maruti Suzuki will give out a great vehicle soon.

The new models from the Japanese brands will go head on head with the Korean cousins, Kia Seltos and Hyundai Creta. As of now the Korean SUVs are the most selling models in the country. The presence of a smart hybrid powertrain gives an undue advantage over all other competitors. The brands are also developing a dedicated electric platform that will be used by the companies in the future EV developments.

So what do you think? Will the Toyota / Maruti Suzuki combine get back the position of Numero Uno for the Maruti in the mid-size SUV segment?