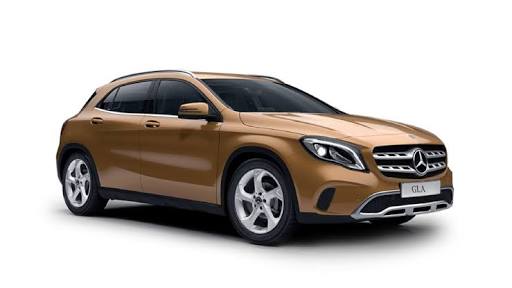 The new-generation Mercedes-Benz GLA made its premiere a few months ago. The car was finally debuted in Auto Expo 2020. The car will hit on the roads of India very soon in the third quarter of the year. People can now finally book the vehicle in advance. The official bookings of the car have also opened at the token price of Rs 1 lakh.

The car is packed with three loads of features, and it gets a single panel digital display for instrument cluster with Benz’s latest MBUX infotainment system, which is quite exciting. It also gets dedicated touchpads and a new function of voice commands. The dashboard of the vehicle receives a new cleaner design — better quality materials and new trims, which makes it appear luxurious. The appearance of the new-generation Mercedes-Benz GLA is very much appealing. If you are fond of stylish looking premium cars you should definitely go for it.

Talking about the mechanical details of the car, it gets a 2.0 liter of turbo engine of diesel, which is capable enough to produce 190hp and 400 nm of peak torque. The new GLA will most probably launch in October of this year. It will cost around Rs 43 lakh, which was quite expected. After the launch, The new-generation Mercedes-Benz GLA will go head to head against Audi Q3, BMW X1, and Volvo XC40. It seems like the company is going to make a massive impact in the industry of automobile industry with its new launch.