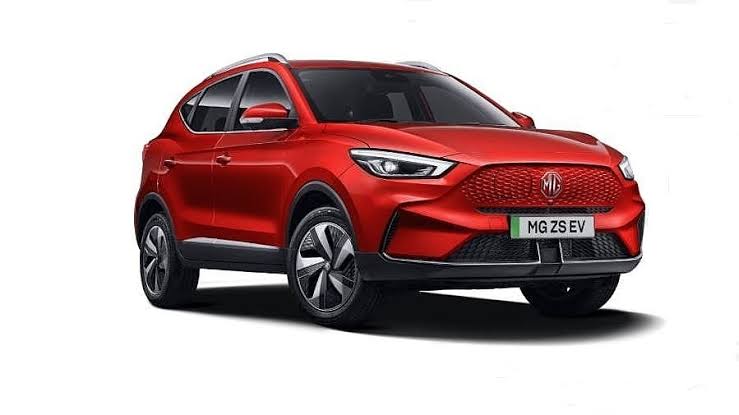 Morris Garages, MG Motor India is planning to launch a new Compact EV, after their successful launch of their Wuling’s Air EV in Indonesia recently. The new compact EV will primarily focus on urban buyers who seek easy manoeuvrability within the cities. Recently the company was seen testing out the car on the Indian roads. Although the tests have started in Indian roads, the company has announced that the India specific model will be launched well into 2023. The present news is that the company will launch it in the Auto Expo 2023.

Now, let’s look into its features and see if it is India worthy.

The Compact EV is very small, smaller than India’s favourite Maruti Alto. It is clearly 400mm shorter than Alto and it has a wheelbase of about 2,010mm. The overall length of the vehicle is just 2.9meters and it comes with a double door configuration. But fear not, it has rear seating capacity too. MG has designed the doors to be larger for easier ingress and egress. The small size of the EV will give it a smaller footprint on the roads and naturally, it is best suited for Indian cities.

Battery and Powertrain of the 2023 MG Compact EV

MG has partnered with Tata Auto Comp to source the batteries locally for this new EV. Officially, they have announced that a 20 – 25kWh battery pack should be sufficient. This could give a good range of 150KMs. The power output of the motor would stand at 40hp.

But the battery uses LFP cylindrical cells as they are more cost effective, reliable, & better suited to Indian conditions. They are the same as in the Tata Nexon EV, which have a relatively lesser energy density and could compromise the range.

MG on the other hand is not fazed by the battery capacity and range. They are confident that the compact EV would not be driven for more than 50KMs in a single day. Apparently, they haven’t heard of Tata Nano yet.

The EV is literally, a giant box, a classic EV look that anyone could imagine. But the detailing on all the sides is very futuristic. On the front, the nose has a full-width light bar connected via chrome strips. The light bar flows right into the door-mounted wing mirrors. This gives it the radical EV look from the front. Below the light bar is a pair of squared headlamps on each side and right on the centre of the nose is the charging port door, with the MG logo above it. At the bottom, is an angular-styled front bumper which houses a pair of slim fog lamps and a number plate panel.

On the sides, the large doors, as we said earlier, will have a vertically oriented large window on each side. As for the wheels, the Indonesian version was equipped with 12-inch steel rims with plastic hub caps. However, the Indian version is set to come out with alloy wheels. Interestingly, the Indian version had a spare wheel placed on the rear, which was not seen in Indonesian and other versions.

The rear of the EV is quite a contrast to the front. A curved windscreen with small tail-light units similar in design to the front headlamps. Below the windscreen is a neat horizontal light bar, in line with the light bar in the front.

Not much is out about the full set of interior features, but it is reported that MG is set to give a load of electronics to appeal to the youth. Everything from a dual screen layout with a 12-inch infotainment system, & a digital instrument cluster, connectivity features like Android Auto, Apple Car Play and so on. The higher variants could also come with soft-touch materials and adequate dose of wood & faux aluminium bits.

The Automaker has announced the Compact EV will be starting from around ₹10 lakhs. This high price is also the reason why they are loading up the car with new tech and infotainment features. But, with ever-changing styles and preferences, we can expect the EV to have an impact on Indian Cities.

All things said, there are some serious apprehensions in the positioning of the car.

We all know about the story of Tata Nano which had a similar size and offering. It was compact, easy to drive, extremely manoeuvrable in tight traffic conditions of the cities. However, the car ended up as one of the failed dreams of the company. Of course, the initial price offering and the later price hike by the company to include safety features had played a spoilsport in the longevity of the model.

In spite of the good package of offering, the average Indian saw the smaller size as a smaller offering. That is why, the Tata couldn’t compete with Maruti Suzuki, the market leader for affordable and small cars. In the case of MG, the company is trying to fit into a very small niche. For an average Indian, the car will easily be trumped by the likes of Tata Tigor EV. For a comparable price or perhaps, even lower price, the offerings of Tigor will be much higher than the MG compact EV.

Even if MG manages to attract the market, it will only act as a second car in urban homes and it will not have a huge number of takers in the country.

On the first sight, it looks like the company is making a huge bet on a horse that can’t win. However, only time can prove who is right. Let’s hope for the best. What do you think? Will the Chinese MG be able to come out of this gambling as a success story?