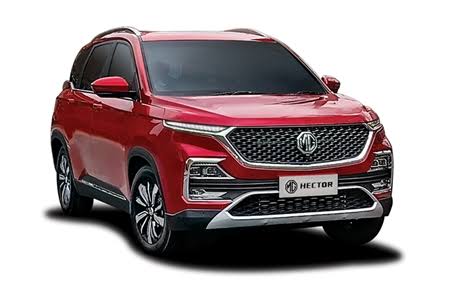 Morris Garage(MG), the SAIC owned Chinese carmaker has ended the year 2019 on a high note as its mid-sized SUV MG Hector took a clear lead over its rivals in a fierce competition.

The reports have revealed that  MG Motor sold 15,930 Hectors from July to December, followed by Mahindra XUV 500‘s 6,962 units. While Tata Harrier sold 5836 units and Jeep Compass sold  3951 units in the same months.

Despite the bad timing of MG hector’s entry into the Indian market, the Chinese automaker still managed to give a tough competition to its rivals.

MG Hector’s success can be attributed to its vibrant offering of diverse variants and being the only brand that offers automatic, hybrid, petrol and diesel as multiple fuel options to the customers. Apart from this, its sheer road presence, bigger dimensions feel and new-age features like interned based sim-connectivity, connected car feature, talk-back features and panoramic It has also been found that petrol Sport Utility Vehicles (SUVs)  are gaining momentum which is reflected in the sales figures of MG Hector which show 42.20 percent of Hector sold are petrol, 47.5 percent are diesel and only 10.29 percent is hybrid.

Whereas its competitors Tata Harrier and Mahindra XUV500 come only in diesel. Jeep Compass is available in both petrol and diesel fuel options.

This year the competition is bound to intensify with the launch of  Citroen Aircross A5 along with Ford’s new SUV. However, the MG Motors is also planning to come up with a seven-seater variant of the MG Hector and Harrier which are likely to be displayed at the 2020AutoExpo.

MG Hector’s success in the second half of 2019 has also encouraged other Chinese Automakers like Great Wall Motors (Haval) and Changan Automobile, Haima Automobile to enter the Indian market.