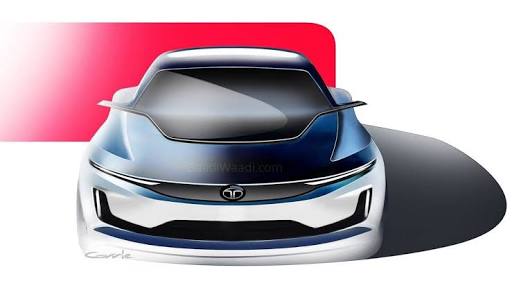 Tata Motors is gearing up to start the testing of Tata Peregrin very soon. As we have reported earlier, it’s a mid-sized sedan which is all set to make its way in the showroom of India. The company started the development of the car, which has a codename ‘X452’. Once it launches, it will lock horns against Maruti Suzuki Ciaz, Hyundai Verna, and Honda City. The mid-sized sedan will be developed on the modular platform ALFA. The same platform also underpins premium hatchback Tata Altroz and the upcoming micro SUV HBX. A rendering image of the sedan has been uploaded, which is spreading all over the internet. It gives us an idea of how it’s actually going to appear.

Tata Peregrin is going to be designed on the new 2.0 L IMPACT design language by the company. We have already seen the same design language in Tata Harrier and Tata Altroz. The design of the sedan is expected to be inspired by the company’s E-Vision concept electric sedan which was debuted back in 2018. The design shown in the rendered images is also inspired by the Tata E-Vision concept. The front design of the Tata Peregrin looks very similar to the design of Tata Altroz. It is pretty much likely to get a notchback inspired rear design.

Under the hood, it is going to have a similar grille with the humanity line of 3D, LED DRLs, sleek headlamps, diamond cut alloys, and a sportier bumper. It will also offer some features like the Hormone music system, LED headlamps, automatic headlamps, sunroof, LED tail-lights, and much. The details about its interior are yet to be revealed. The company is likely to reveal the other features and exact dimensions of the Tata Peregrin very soon.