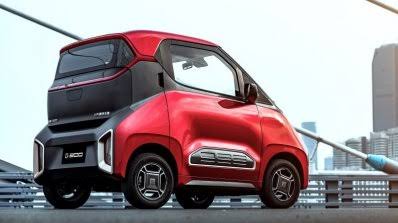 Great Wall motors, which is a company of China showcased its new model R1 which is an electric hatchback at Auto Expo 2021. It will be one of the most affordable cars in the world and going t launched in India very soon. Its electric motor develops 47ps of power and peak torque of 125nm. It comes with a 33kWh battery and can provide the top speed of 100kmph. The design of the car is minimalist and offers various features like the digital instrument cluster, floating infotainment system, and much more.

This is a micro hatchback that is 161mm tall and 2497mm long, 1526mm wide. It will be available in two, three, or four sears. The company has mentioned that it is going to offer a range of 250 km in a single charge, which is quite impressive.

Mahindra eKUV was also shown in the previous Auto Expo, and finally, it has been launched in the auto exp 2020. The price of the car starts from  Rs 8.95 lakh (ex-showroom), which makes it one of the most affordable electric cars to buy in this era. The appearance of the vehicle is also quite appealing. The company has claimed that it will be capable enough to proffer the range of 147km. The vehicle also comes with the revamped design and looks way different than the other version, which is ICE.