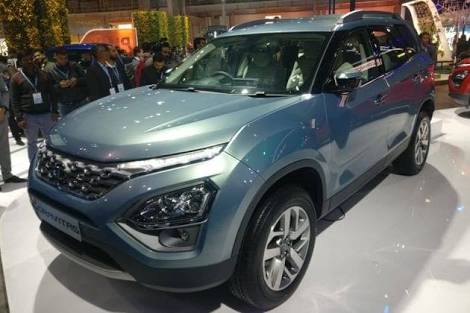 In the next quarter of 2020, the two giants of the automobile industry Tata and Mahindra & Mahindra are going for a big event where they are going to launch some of their best work till now. Tata is going to launch four new cars in the market with the ambition of disrupting it. Mahindra& Mahindra will make way for their two SUVs. Now the competition in the automobile industry is at an all-time high.

Lets us look at what is going to be in the store literally in the coming days.

Tata gravitas is the variant in the line of the Harrier, the previous model of Tata. It is a seven-seater and claiming to be one of the big launches of the year. This model’s primary aim is to compete with Mahindra XUV 500 and MG Hector plus in the coming festive season of 2020. The new additions in this variant are the length of its back overhang, and it is longer than usual, one more row of seats is added to the car.

Tata Hexa safari was one edition at the 2020 Auto Expo, which turned most of the heads, with a BS6-compliant and a capacity of 2.2L. Tata Hexa is unstoppable with its four-cylinder turbo engine and 400Nm of torque.

Tata Altroz is the premium section’s variant, having a 1.2L turbocharged engine and five-speed manual gearboxes. The power it possesses is 141Nm of torque and 99bhp.

Tata Harrier is the variant that will introduce a direct injection turbo petrol engine of 1.5L capacity. The torque and power statistics are not revealed, but it is said to be 150bhp. This is a seven-seater version.

Now, let’s come to Mahindra & Mahindra, the new generation Mahindra Thar is making a comeback with original body stance and silhouettes. The new body panel is exquisite; it comes in 2.0L of the engine.

Mahindra XUV 300 Sportz was originally to be launched in April 2020, and the pandemic postponed it. BS6 compliant is the new feature with 1.2L capacity and a three-cylinder engine.