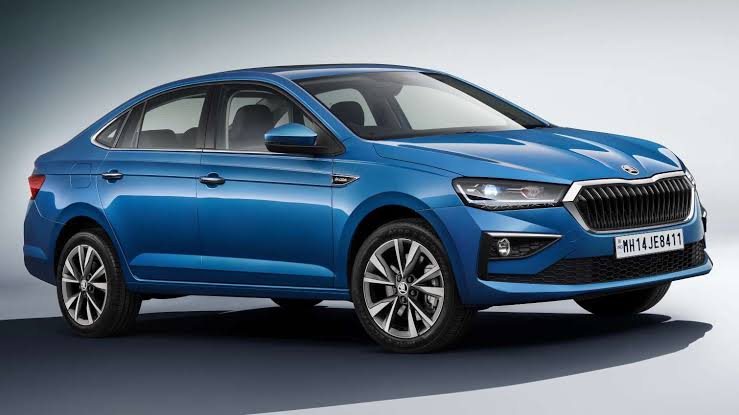 2022 has dawned as a good year for the automobile industry of India. The roads are going to be flooded with new cars from now, with a lot of automakers ready to launch their upgraded and facelifted cars. Some of them are much awaited in the Indian market and some of them are even ultra-luxurious. Let’s have a look at them all, one by one.

Skoda has a consistent market in India for a long time. With Slavia, the Czech company is set to capture the mid-size sedan market. The car is powered by a pair of 110hp, 1.0-litre petrol and 150hp, 1.5-litre petrol engines. The vehicle was unveiled last November with a promise of a larger interior space as compared to other mid-size sedans.

It also comes with a lot of cool features such as, digital instrument cluster, ventilated seats, wireless phone connectivity, six airbags and more! Watch out for this new stylish sedan from next month.

Indian automobile market is flooded with options for the hatchbacks & micro SUVs. There had always been a dearth of sedans in the country. Skoda Octavia, Rapid, Volkswagen Vento were the few cars that provided some options for the customers. Now with the lineup closed by the Czech company and the german parent company, the market requires a good sedan & the new Slavia would perfectly fill that gap.

If Mercedes S class is the leader in Luxury, its Maybach version is its big brother. The Maybach Specific modifications make the S-class even more eloquent and powerful. The MM S-Class is powered by a 503hp, 4.0-litre V8 engine, or a 612hp, 6.0-litre V12 engine, with a choice for the buyers.

The cars wheelbase is longer than S-class by a solid 180mm and the plush interior cabin is loaded with features. The S-class features are attached with Maybach specific upholstery, trim inserts and graphics for the touchscreen and digital instrument cluster.

We can expect the MM S-class to be a four-seater with individual rear seats separated by a full-length console. It is to be noted that the Prime Minister of India recently got a Mercedes Maybach S 650. The Maybach joins the long list of cars acquired by the Prime Minister after getting to power in 2014.

With all the media hype behind the story, the new Mercedes Maybach S Class will be sold like hot cakes in the market.

Essentially, a sibling to Skoda Slavia, the new VW Virtus is set to replace the 12-year-old Vento. Similar to the Rapid-Vento pair, the Slavia-Virtus pair will also share design, power and transmission options. As for the engines, the Virtus is said to be powered by 110hp, 1.0-litre petrol and 150hp, 1.5-litre petrol engines, similar to the Slavia above.

The Virtus is said to be significantly larger than the outgoing Vento, making it a comfortable mid-sized sedan. The interior features will also be similar to the Skoda Slavia.

As a competition to the Isuzu D-Max, Toyota is all set to launch its globally well-acclaimed Hilux in India. The India specific trim of Hilux is being assembled here in India and will be launched by the end of March 2022. It has a double cabin body style and it is larger than the D-Max V-cross. The Hilux will be powered by a 204hp, 2.8-litre, and four-cylinder turbo-diesel engine, borrowed from the Fortuner. Transmission options include a 6-speed manual or a 6-speed torque converter automatic gearbox with four-wheel drive as standard issue. The equipment and the features are also set on par with the Fortuner.

With the launch of the Hilux, Toyota will look to get back the edge it has in the large off road SUVs.

The MG ZS EV is not a new launch but the facelift edition of the car is under much expectation. As of now, the options in the electric segment are just a handful. While Tata Nexon is a tough competitor, the Hyundai Kona Electric had a longer range. Hence, the market was fragmented into 3. People who wanted to have a cheap option went for Tata Nexon and those who required the range chose Kona Electric.

MG ZS EV was in a sweet spot that provided both but didn’t have the edge on any of the factors. The facelift will help ZS EV achieve the same.

MG is set to launch its facelifted EV to be equivalent to their prestigious petrol-powered Astor. The previous ZS model which housed a 44kWh battery is being upsized with a larger battery. The facelifted ZS will house a 51kWh battery, providing the vehicle a longer range than the previous model.

The older version had an estimated range of 419kms while the facelift is expected to reach up to 490kms. The ADAS (Advanced Driver Assist System) is sure to give a big boost to the appeal of the electric vehicle. With an enhanced battery, better range and a augmented safety solutions,

Other features include, a larger infotainment screen than ZS, a digital instrument cluster, wireless charger and more.

The Baleno was reintroduced in 2015 and it has captured the eyes of many-a-people ever since. Now the company has done a major overhaul to the car and it is set to re-enter with new features. It is powered by a 90hp, 1.2-litre petrol engine (non-hybrid) with either a 5-speed manual or new AMT gearbox. The new transmission options are replacing the CVT unit from the outgoing models.

Some of its cool new features include, 360-degree camera, heads-up display, six airbags, updated SmartPro+ infotainment system, Alexa connectivity and much more. The exterior and the interiors have been redesigned too.

While Baleno is not the top seller of Maruti Suzuki, it still a good moving model for the company. With the inclusion of many features like augmented safety measures such as 360º camera for an all-around view of the surroundings, a heads up display, new DRL on the front, the model is set to amaze and woo new customers to the brand.

There are many more cars and SUVs hitting the Indian roads next month. Follow us for more updates on them.