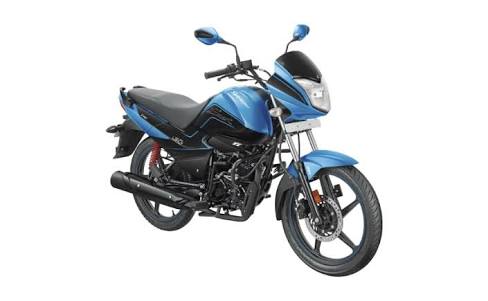 Hero Motorcorp has finally launched its new BS6 compliant bike, which is none other than BS6 Splender Plus. Hero is the largest two-wheel maker in the world, and it has been dominating our counThe updated model of the bike will be offered in three variants, self start with alloy, kick start with alloy and self start with the i3s. Hero Splendor is one of the most selling bikes in India as it is very much affordable and highly comfortable for the people who need to commute daily.

The price of the bike has been increased by around 7,000, which was quite expected as it has received some upgrades. New BS6 Splendor plus is using the new 100cc fuel-injected system, which is boosted with the technology of ‘Xsens’. The bike gets an all-new color scheme, which will be offered in dual-tone. There will also be a light on the instruments console which will indicate the status of the engine. The engine of the bike is capable enough to produce the 7.91 bhp at 8000rpm and 8.05nm at 6000rpm, respectively.

No changes are made to the bike other than these. The bike will carry on featuring the dual shock absorbers and telescopic forks. You will also be able to witness the drum at both ends of the new BS6 Splendor Plus. As compared to the previous model of the bike, which was BS4, it will be much more substantial. It will also receive a fuel tank capacity of 11L.

Talking about the measurements of the New BS6 Splendor Plus, the height of the bike will be 1040mm, and length and width will be 1970mm and 720mm, respectively. The dual-tone color scheme of the bike makes it look more appealing than ever, and people are very much going to love the color options.