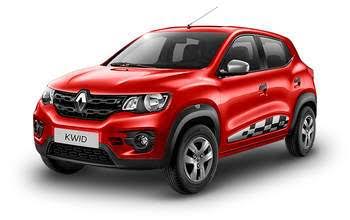 With the festive season just around the corner, every automobile manufacturer has pulled their socks up to launch some new models. In the coming days, the automobile industry will witness a line of launches of cars coming from varied segments.

Here is a curated list of the upcoming cars which are all set to hit the showrooms in the coming few weeks:

Maruti Suzuki’s S-Presso will be hitting the showrooms on 30th September 2019. This will be Maruti’s smallest in size, lightest in weight and most affordable in terms of price model which will be launched in India. It will also be the first car of the company which will feature a BS6-ready 68bhp, 1.0L K10B petrol engine with a manual or 5-speed.

Hyundai has confirmed that its upcoming model Elantra facelift will hit the showroom on 3rd October. The sedan model will available with a BS6-ready 152bhp, 2.0L which will come in a petrol engine.

Skoda, which is Czech Republic carmaker is all set to lunch its new model on the 30th September of this year. The 7-seater SUV will come with a plastic cladding and metallic inserts which will give the car a matt finish.

Tata Motors is all set to bring in the new edition of its Tiago Wizz. This limited edition will be made in the colour Titanium Grey shade with a black roof. The car will be seen getting orange highlights in the front grille.

Datsun India is all excited and is set to launch the GO & GO+. The models will be launched in October in the country. The Datsun GO and GO+ will come with the 1.2L, 3-cylinder petrol engine pushing out 67bhp with 104Nm of torque.

One of the Renault’s most popular car, Renault’s Kwid will be launched by the end of October 2019. The model will come with revised internal and external features.

Mercedez Benz, which is a German luxury carmaker is all set to expand its SUV line in the country with the launch of Mercedes Benz G 350d.

Toyota, the Japenese car maker will be launching the luxury MPV, the Vellfire by the end of October in the country.