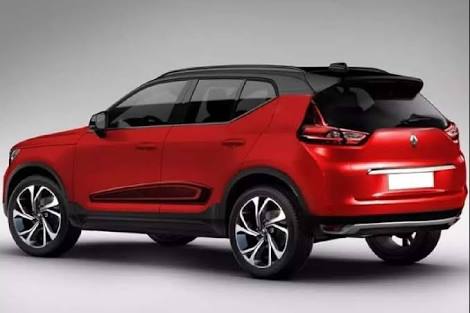 It has been reported that the French carmakers have been working on a compact SUV from quite a long time now. The company is readying the model to introduce it in the market of India. It has a codename of HBC, and per the latest media reports, it will be known as Renault Kiger in the market of India. We can expect the launch of the car to place in the festival season of India, somewhere near Diwali. The upcoming Renault HBC is going to be based on the platform CMF-A+. The same platform also underpins Renault Triber MPV. The platform also underpins the base model of Renault KWID.

Talking about the styling of the Renault Kiger, it will share most of its design and dimensions from the bigger SUVs of Renault. The new compact SUV by the Renault will be packed with various features. It is going to feature the sloping roof and SUVish stance. There will be the wheels of 16 inches with higher ground clearance. Coming back to the features of the car, it will offer LED tail-lamps, the rear wiper or washer, LED tail-lamps, and alloy wheels. You will also be able to witness the LED day time running lights in the SUV, which enhances its appearance more.

Powering the engine of Renault Kiger, it will be offering 1.0 L, three-cylinder turbocharged engine of petrol with a codename of ‘HR10.’ The engine of this compact SUV will be able to provide the power of 99 bhp and the peak torque of 160 nm respectively. As expected, the duties of transmissions will be done by 5 speed automatic, and the 5 speed manual gearbox. An electrically adjustable sunroof will be offered with the car which can add up to its cost. The expected price of the car is Rs. 6 lakh which ends at around Rs. 8 lakh.